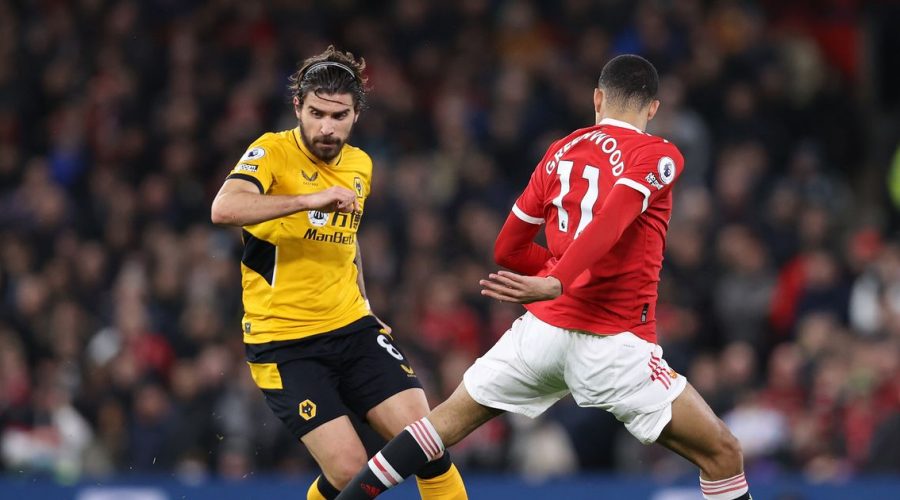 Manchester United are reportedly stepping up their efforts to sign Ruben Neves, who helped Wolves to a 1-0 win at Old Trafford on Monday.

Neves has been a long-time target of the Red Devils, with former manager Ole Gunnar Solskjaer having been keen to sign him in the summer transfer window.

While that deal did not happen, the Portugal international has continued to impress under new Wolves boss Bruno Lage this season, featuring in all but one Premier League game.

And with United making signing a new midfielder a priority for the January transfer window, it now appears that Wolves should be bracing for a bid from Ralf Rangnick’s men.

According to The Sun, United are finally set to act on their long-held interest and are ‘determined’ to sign Neves this month.

That is despite some concern that interim boss Rangnick would prefer to bring in a midfielder from the Bundesliga.

Instead, though, it is Neves who is at the top of their shopping list, having become a mainstay of the Wolves side that has solidified their place in the top-flight.

But the 24-year-old still has two years left to run on his current contract at Wolves and the Midlands club are though to be ready to stand firm on their £40million valuation.

Would Ruben Neves be a good signing for Manchester United? Let us know your thoughts in the comments section…

It is stated that they will only listen to offers that match or improve that number, with Neves drawing interest from a range of clubs.

That could prove trick for United, who are said to be ready to submit a bid of £35m, £5m below Wolves’ asking price.

While boss Lage would like to keep him, it is not expected that Neves will sign an extension to his current contract.

“It’s not about a contract or money. It’s about creating a big team that fights for different things,” Lage said.

Neves played all 90 minutes on Monday as Wolves secured a narrow win at United, inflicting the first defeat of Rangnick’s interim reign.