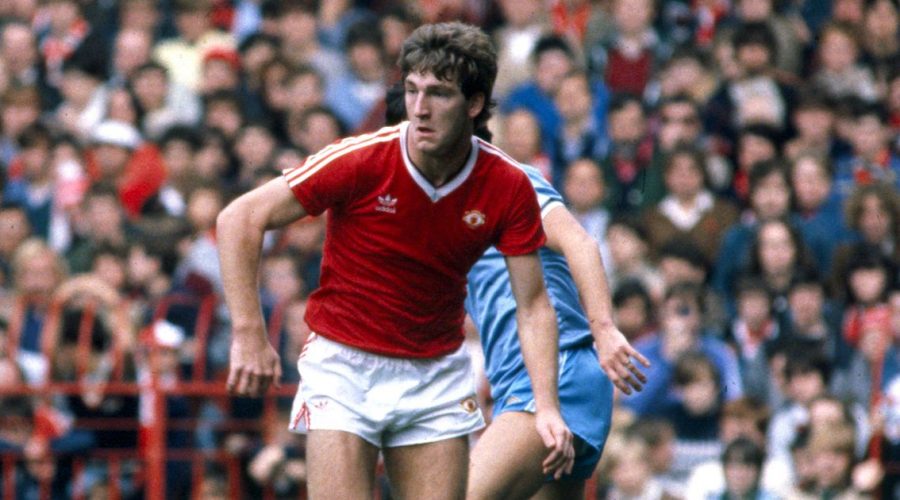 In Norman Whiteside's first Manchester derby, the Northern Irishman tackled a City rival with such ferocity that the player ended up in Sir Matt Busby's lap.

Whiteside reckons Ole Gunnar Solskjaer's United team will have to show the same kind of desire if they are to return from the Etihad with their 21-game unbeaten away record still intact.

Whiteside, the Old Trafford legend who broke into Ron Atkinson's team at the age of 16 and is still the youngest player in World Cup history, was never on the losing side in a battle between the Reds and Blues.

He still remembers with pride scoring the goal that gave Sir Alex Ferguson victory in his first FA Cup tie as United boss in January 1987.

But it was as a schoolboy playing in a youth five-a-side tournament when he first came to realise what the Manchester derby means.

“I was about 13 or 14 when United brought me over from Belfast to play in a tournament at Stretford Leisure Centre,” recalls Whiteside.

“Sir Matt Busby came to watch – and we were all told in no uncertain terms what was expected of us.

“We were there to win. I remember lamping one City player so hard that he went flying over the barrier at the side of the pitch and ended up on Sir Matt's knee!

“Every time I spoke to him about it afterwards he always reminded me of it.

“It's a different game these days, of course, but United will have to find a way to get in City's faces on Sunday because there is a massive gap between the two teams.”

Whiteside was a warrior and a winner. He lifted the FA Cup twice with United by the age of 20 – scoring in the 4-0 replay win over Brighton and firing in a brilliant extra-time winner against Everton two years later.

He said: “The Cup was good to me – and scoring against City not long after Fergie arrived at Old Trafford is another great memory.

“It was a big game for him back then and he took us away to the Lake District to get away from Manchester.

Can Solskjaer forge a legacy like Sir Busby did? Have your say in the comments.

“I was carrying an injury. I was probably only 80 percent fit and Fergie asked me if I could do him a favour and play in the game.

“I was never going to say 'no' – and I cracked home the winner at the Stretford End and the place went mad.

“I didn't play in many derbies because City were a bit of a yo-yo club back then.

“But I think Ole has got his work cut out getting a result on Sunday because the gap between the two teams is massive.”

Whiteside, now aged 55, believes Solskjaer needs to bring some silverware back to Old Trafford by the time his contract ends in the summer of 2022 – or face the consequences.

He added: “Ole has brought back the stability the club has been looking for since Sir Alex retired, but he now has to become a winner.

“He has lost four semi-finals. There are just too many peaks and troughs with United at the moment.

“And on the other side of town, Pep Guardiola has got City winning every week, playing a style of football that Ole hasn't been able to match.

“United have shown they can beat City in a one-off game, but in terms of consistency they are nowhere near.

“Ole has got another season after this one left on his contract and he needs a trophy.

“If he doesn't deliver then I think United will be looking elsewhere.”