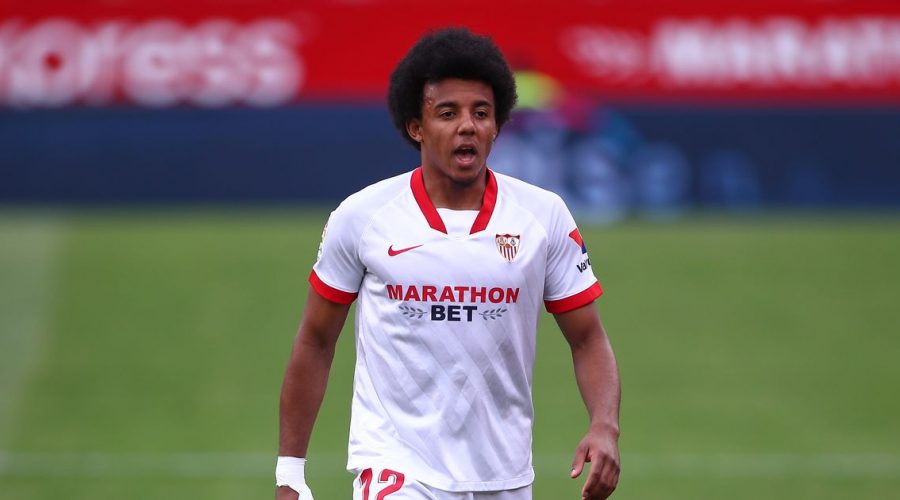 Ole Gunnar Solskjaer’s side finally completed the £73million signing of Jadon Sancho from Borussia Dortmund last week but will now turn their full attention to signing a central defender this summer.

Real Madrid veteran Raphael Varane remains top of the Reds’ wish-list after The Athletic reported the Frenchman was looking for a new challenge after a decade at the club where he won four Champions League titles.

But according to La Colina de Nervion, United are also still in pursuit of another France international in Kounde.

United have long expressed their interest in Kounde with Solskjaer keen to bolster his defence ahead of the new season.

Kounde is reportedly being eyed up as a possible transfer but Sevilla’s £60-68million asking price is deemed unrealistic after United’s whopping spend on Sancho.

The Manchester club have since turned their main focus on Varane where they can secure him for much less due to the Frenchman only having a year left on his contract and Real desperate for cash.

Yet United have still ‘not lost sight’ of Kounde and will move for the 22-year-old if the Varane transfer fails to materialise.

Do you think Man United should choose Varane's experience over Kounde's youth? Let us know in the comments section.

Kounde enjoyed an outstanding second season at Sevilla where his combative style has caught the attention of many clubs around Europe, including Manchester City.

His stock is now at an all-time high after being called up to Didier Deschamps’ France squad for Euro 2020 in which he featured against Portugal, hence his extravagant price-tag.