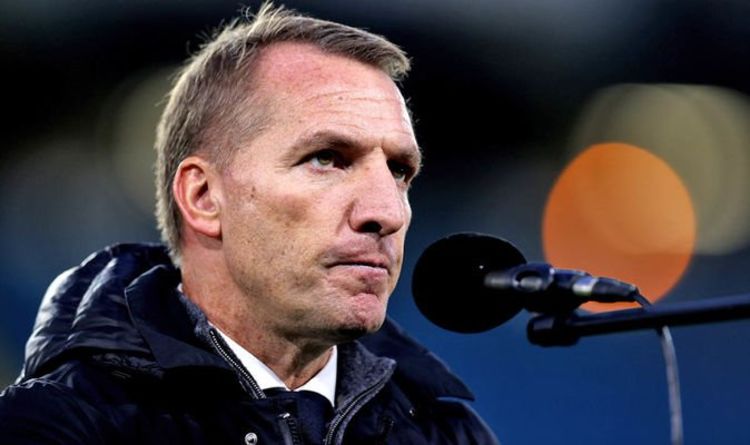 Manchester United have reportedly performed a U-turn on Brendan Rodgers as their match with Watford nears. Ole Gunnar Solskjaer is expected to be in charge for that match at Vicarage Road. However, he’ll go into that match with his future very much up in the air.

United have, until this point, refused to sack Solskjaer.

Though there have been poor results, such as chastening defeats to Leicester, Liverpool and Manchester City, the Glazers have so far held fire.

Some at United want to give Solskjaer time. After nearly three years of progress, the 48-year-old still has credit in the bank.

But with every defeat comes more questions and the Norwegian will go into Saturday’s match with Watford with his future in the balance.

Ahead of that match, 90min claim the Red Devils hierarchy are eyeing Rodgers to take over – despite Leicester’s known reluctance to let the Northern-Irishman leave.

It’s stated that, initially, United were wary of going for the Foxes boss due to his Liverpool past.

Rodgers took over at Anfield in 2012 and came close to winning the title during his spell on Merseyside, with Steven Gerrard’s slip costing them two years later.

But the fact he didn’t succeed has now prompted a change of heart from United, seemingly making the appointment ‘palpable’.

But if United come calling, it may be too tough for the 48-year-old to turn down.

Rodgers isn’t the only name in the frame as Solskjaer fights to keep his job.

One candidate heavily linked in recent weeks is Zinedine Zidane, who is currently a free agent.

The Frenchman left his post at Real Madrid earlier in the year because he felt undermined by club president Florentino Perez.

But United have denied interest and Zidane is apparently holding out for the France job, though there’s no indication Didier Deschamps will leave his post.

Mauricio Pochettino is another option.

However, Paris Saint-Germain are adamant he’s going nowhere – despite the possibility of returning to England appealing to the Argentine.

Erik ten Hag of Ajax has been mooted, too.

Yet the Dutchman has stressed he’s happy at Amsterdam, where he’s been in charge ever since December 2018.

Regarding Rodgers, Tony Cascarino thinks he’d ‘jump at the chance’ to manage United.

“I know Brendan would jump at the job,” Cascarino told talkSPORT. “I say, ‘I know’ – Brendan, if he was listening, would probably say, ‘How would you know?’

“But only because his track record of taking on a job when it’s offered to you.

“And Leicester is not a job of the quality of Manchester United, as much as they’ve been an incredible football club, done brilliant things and have got a great squad.

“The attraction of Manchester United is way superior for any manager.

“That opportunity is a once in a lifetime for Brendan.

“If it isn’t [Zinedine] Zidane, because of other issues – the way he looks at the Premier League – Brendan, I think would jump here.”

November 19, 2021 Soccer Comments Off on Man Utd have U-turned on Brendan Rodgers appointment ahead of Watford clash
NFL News