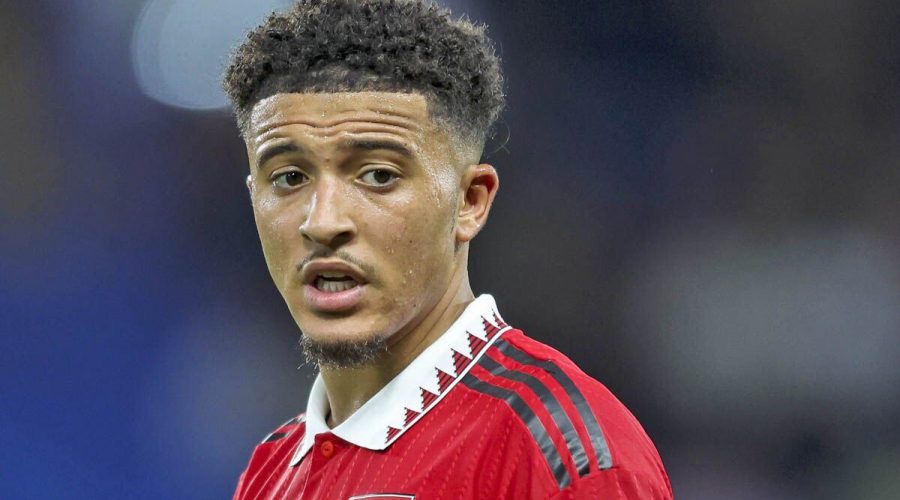 Manchester United fans have reacted positively upon seeing Jadon Sancho back in training. The England international has been absent ever since a draw with Chelsea back in October, with Erik ten Hag sending him away to work on both his mental and physical state. And while there’s a clamouring for him to be involved against Arsenal on Sunday, that the Red Devils have decided they won’t rush the 22-year-old back doesn’t exactly bode well…

Manchester United saw Sancho impress at the beginning of the season, with the forward notching in victories over Liverpool and Leicester.

But, before being sent to the Netherlands as part of a reset, the 22-year-old was starting to toil up top.

Now, Sancho has resumed training with the rest of the United squad. A return is on the cards, with the Red Devils convinced he can be a key player for the second half of the season.

According to the Daily Mail, however, United have decided they won’t be rushing the forward back.

They know Sancho needs time to get back up to speed, especially with the matches coming thick and fast as the fallen giants look to win all four trophies.

And that decision suggests that, as things stand, there’s little chance of him being involved against Arsenal on Sunday.

The match with the Gunners is arguably the biggest of United’s season so far, which is why postponing a return is the likely outcome.

Throwing Sancho into a fixture against a team who have lost just one Premier League goal all season would be a risk. Especially if the Red Devils lose and the sharks come out to circle.

And United also have enough attacking talent to cope without Sancho for the time being as they look to get him back to his best.

Antony is likely to start, with the Brazil international scoring five times since his move from Ajax back in the summer.

Likewise Marcus Rashford, who has been outstanding this term – netting 16 goals across all competitions after rediscovering his mojo.

And United also have Alejandro Garnacho as an option, too, with the youngster going from strength to strength over at Old Trafford.

News of Sancho resuming training is certainly positive for Ten Hag and the rest of the squad as they look to win trophies.

Yet those hoping to see him involved against Arsenal should be careful what they wish for.

If United win at the Emirates Stadium, they’ll move to within five points of their rivals at the top of the Premier League table – having played one game more.

But defeat would be a catastrophic blow when it comes to their chances of claiming the crown for the first time since Sir Alex Ferguson’s retirement in 2013.

“The performance of Alejandro Garnacho [in the 2-1 win over Manchester City ] on such a big stage… [he] was a revelation when he came on,” Murphy told the Daily Mail.

“Not many 18-year-olds could handle the occasion with a combination of maturity and fearlessness.

“If I was Jadon Sancho, I’d be looking at him and United’s performances as motivation.

“I wouldn’t write him- [Sancho] off as Ten Hag seems to be the type of manager who will give him a chance.

“It seems that Sancho’s issues are physical rather than in terms of ability. With the right mindset, he can be ready to help the team.”

United beat Arsenal 3-1 at Old Trafford earlier in the season.

Antony’s first half goal was cancelled out by Bukayo Saka, with Marcus Rashford then bagging a brace to give the Red Devils all three points.

January 20, 2023 Soccer Comments Off on Man Utd have already made Jadon Sancho decision ahead of Arsenal
NFL News