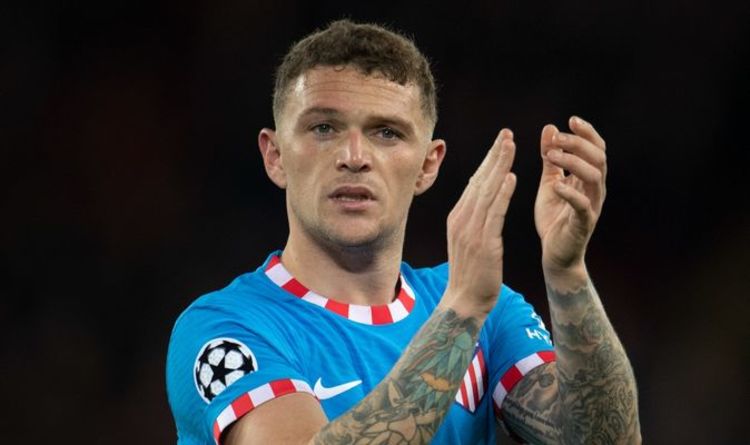 Man Utd: Who could join the club in January?

Manchester United have informed Serie A giants Roma that they will only consider selling Diogo Dalot if they are able to sign Atletico Madrid defender Kieran Trippier, according to reports. Jose Mourinho is reportedly interested in reuniting with the Portuguese star he brought to Old Trafford in 2019.

The former Real Madrid and Chelsea manager signed the 22-year-old from Porto in a deal worth £19m, when he still occupied the Old Trafford hot seat.

At the time, Mourinho described him as the “best young full-back in Europe” and the dynamic defender looked to have a big future in the red half of Manchester ahead of him.

Unfortunately, Dalot has fallen out of favour under Ole Gunnar Solskjaer, who prefers Aaron Wan-Bissaka.

However, while Dalot’s days look to be numbered, reports from the Manchester Evening News claim United will only consider selling the full-back if they are able to sign Trippier from Atletico Madrid.

The 28-year-old was repeatedly linked with a move to United, after a series of impressive performances for the La Liga giants.

The versatile Englishman also was deployed at left-back, right-back, and right-wing back by Gareth Southgate at Euro 2020, and performed each role admirably for the Three Lions.

He also provided the assist for Luke Shaw’s opening goal in the final against Italy, but was substituted in the final moments of extra-time.

Trippier’s overall game has been taken to another level since he joined Diego Simeone’s Atletico side.

Speculation linking Trippier with a move to Old Trafford has intensified amid United’s poor form in recent weeks.

United have lost six of their last twelve matches in all competitions and found themselves on the end of humiliating defeats to Liverpool and Manchester City.

And United’s current first choice full-back Wan-Bissaka was earmarked for criticism in the 2-0 home defeat against the latter.

His positioning as a more advanced right-wing back in a three man defence was heavily criticised during the defeat to Pep Guardiola’s side.

There were many calls for Solskjaer to make a move for Trippier after the game.

However, Trippier’s potential move to Old Trafford has become further complicated, as it appears to also play a key role in Dalot’s future.

The report claims the Reds will only think about selling Dalot if Trippier becomes a United player.

This leaves the Portuguese star between a rock and a hard place, as he has only played 83 minutes of Premier League football but could still be forced to stay at the club.

Trippier appears to be the key in the Portuguese star’s future, which will come as bad news to both Dalot and Mourinho.

And it remains to be seen whether the former Spurs full-back will be returning to England after Man United’s failed move over the summer.