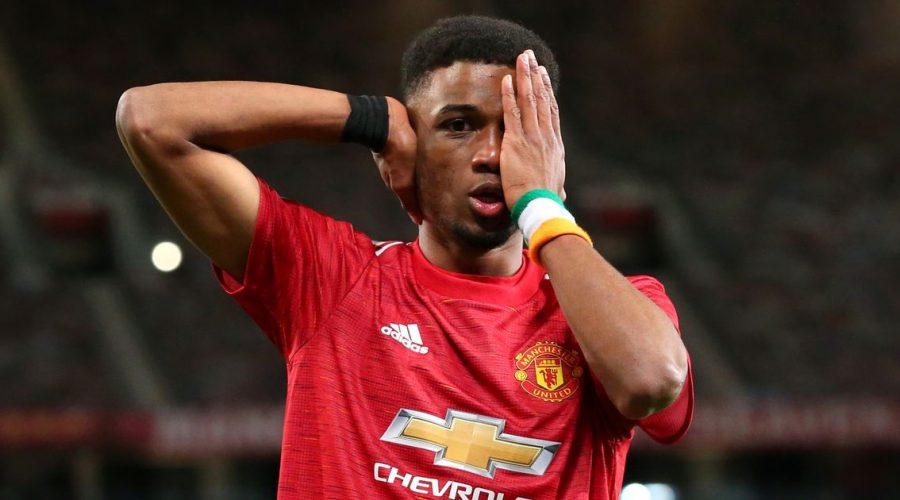 The Dutch outfit are keen on signing the Ivory Coast teenager in January for an 18-month spell – with a possible option to buy him outright if he proves a success.

But injury problems have hindered his progress and now he appears completely surplus to requirements under Ole Gunnar Solskjaer.

Diallo has not featured at all this season in any competition and, while his thigh problem is sorted, United may be willing to let him go abroad.

Whether they would be prepared to sell him further down the road is open to debate, though, as the club still believe he has huge potential.

The former Atalanta player has been snubbed of first-team action this season as the Red Devils boosted their attacking options over the summer, with attackers Jadon Sancho and Cristiano Ronaldo coming in for £73million and £19.1million respectively.

The northwest club were willing to let the player leave on loan at this point but an injury Diallo picked up in his final training session saw his agreed move to Feyenoord derailed back them.

However, now Diallo will make the move on a temporary basis to the Rotterdam side.

Can Diallo find first-team football at Man United in the future? Let us know your thoughts in the comments section below.

The Ivorian winger recently spoke about his former coach Gian Gasperini and the influence the Atalanta coach has had on his career "Gasperini helped me very, very much indeed.

"Against Udinese [for my debut] in Serie A, that was a big one. He's a fantastic person. He's been fundamental for my growth and I really thank him a lot for all the years I was with him.

"I am still in touch with some of my team-mates and I can't wait to see them. I think it will be a very, very good day."

Diallo made eight appearances for man United last season and netted on one occasion.