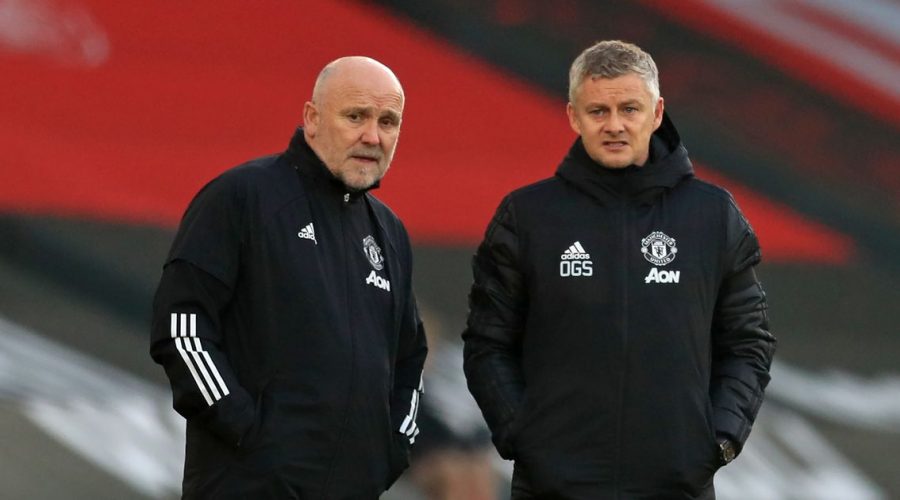 Manchester United made an embarrassing decision 47 days ago that sums up their Ole Gunnar Solskjaer shambles after the Norwegian left the club on Sunday.

The Red Devils sacked Solskjaer on Sunday morning following United's 4-1 away defeat to Watford on Saturday which left them with just one win in seven league matches.

United now sit in seventh place in the table and trail leaders Chelsea by 12 points after their fifth league defeat of the season.

The club have confirmed that Michael Carrick will take charge of Tuesday's trip to Villarreal in the Champions League, with an interim manager set to be appointed until the end of the season.

But prior to sacking Solskjaer, United gave his assistant Mike Phelan a new three year contract on October 5 to keep him at the club until 2024.

The 59-year-old returned to the club in December 2018 as a first team coach before being promoted to assistant manager in May 2019.

Phelan had previously been at the club for 14 years between 1999 and 2013 after first arriving as manager of the under-18s before later becoming Sir Alex Ferguson's assistant.

The club have yet to announce which members of Solskjaer's backroom staff will be remaining at the club, with the exception of confirming Carrick will take charge of the upcoming matches.

Who will replace Ole Gunnar Solskjaer as Manchester United manager? Let us know in the comments section below.

Carrick has been a coach at the club since July 2018 having retired from playing at the end of the 2017/18 season after 12 years at Old Trafford.

The former England midfielder made 464 appearances for the club and won five league titles, the Champions League, the Europa League, the FA Cup and three League Cups.

United face a trip to league leaders Chelsea next Sunday following their crucial European clash with Villarreal in midweek.

Carrick could remain in charge for their next home game as well when United welcome Arsenal to Old Trafford on December 2.

November 21, 2021 Soccer Comments Off on Man Utd gave Solskajer assistant new deal 47 days ago and it sums up the club
NFL News