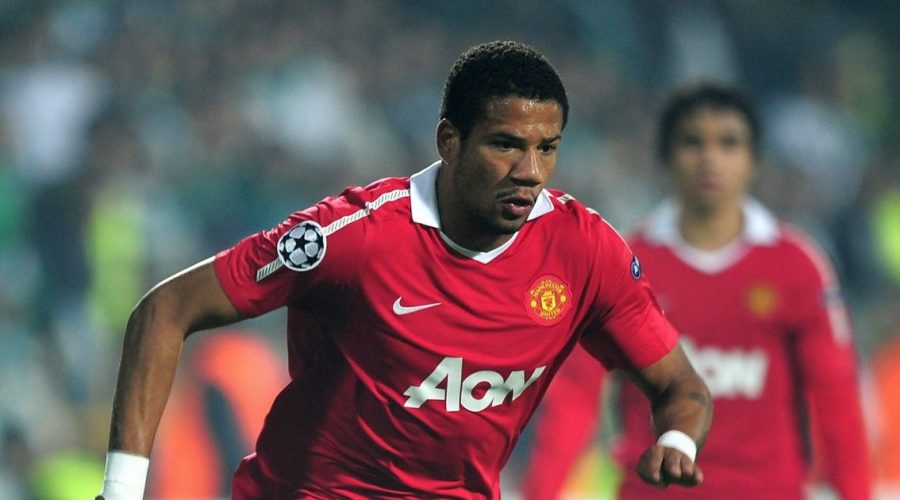 Manchester United have one of the largest scouting networks in the world that has helped them get the jump on their rivals.

To date, their signing of Cristiano Ronaldo from Sporting Lisbon in 2003 for a paltry £12.24 million remains one of the greatest of all-time and probably won't be bettered.

Many United fans will be hoping for a similar success story from Ivorian starlet Amad Diallo, the 18-year-old who signed from Atalanta for £37m in January, while Facundo Pellistri is another talent recently signed by Ole Gunnar Solskjaer.

The Red Devils have had many success stories owing to their scouting knowledge in Latin America; the signing of a virtually unknown Javier Hernandez in 2010 is testament to that.

But even the best managers in the world such as Sir Alex Ferguson, Jose Mourinho and Louis van Gaal are partial to making blunders when it comes to transfers. Brought in on loan from AS Monaco, the Colombian striker was billed as a risky signing in 2014 after recovering a knee injury — and so it proved.

‘El Tigre’, once one of the most feared strikers in Europe, struggled for fitness and scored just four times in 26 league appearances.

He was shipped off to Chelsea the following season and returned to Monaco, where he found form again before joining Galatasaray in 2019.

Sir Alex Ferguson famously sanctioned a £7.4 million deal to sign Bebe from Vitoria Guimaraes, who was 21 at the time, in 2010 without watching the Portuguese youngster in action, after a recommendation from his former assistant Carlos Quieroz.

Bebe scored against Wolves in the EFL Cup and Bursaspor in the Champions League but would only make seven appearances. Once he was farmed out on loan to Besiktas a year later, he never returned and joined Benfica permanently in 2014.

He now plays in the Spanish second tier with Rayo Vallecano.

The Cameroonian was earmarked as a potential successor to Roy Keane, arriving in a £3.5m deal from Nantes, but quickly found the Irishman’s shoes too big to fill.

He was spotted by whilst playing in the Confederations Cup but struggled to hold down a place at Old Trafford.

Djemba-Djemba left for Aston Villa after just featuring 20 times for the Red Devils and the former midfielder, now retired, finished his career having played in Israel, Qatar and Indonesia.

A classic story of an obscure player impressing for his country, Kleberson played a key part for Luiz Feliple Scolari in Brazil's 2002 World Cup triumph.

Ferguson snapped up the anchorman for £6.5m but he failed in his attempts to acclimatise to life in England. Kleberson suffered a serious knee injury in on his second game and managed only 20 appearances before heading to Turkey.

He later returned to his native Brazil, where he won the Serie A with Flamengo.

It certainly felt that when Jose Mourinho gave his approval to a deal that saw Sanchez head to Old Trafford in a swap deal with Henrikh Mkhitaryan, United got the better end of the deal.

The Chilean had been one of the Premier League ’s star performers with Arsenal but could not find the same form when moving to the North West. His exorbitant wages were the subject of much criticism after scoring only five goals in two seasons and he was offloaded to Inter Milan in 2019.

The 32-year-old is enjoying his football again, however, having clinched the Serie A title under Antonio Conte.

The capture of the Argentine midfielder was viewed as a coup by Ferguson when signed for £28m from Lazio. He started encouragingly, winning Player of the Month after scoring three goals in four games.

Unfortunately, Veron’s injury problems plagued his time in England and his performances fell below expectations.

He moved to newly-rich Chelsea in 2003 but quickly ended his spell in the UK, heading to Inter Milan and later Estudiantes, his local club in Argentina where he is now chairman.

It is a strange case that Depay faded so badly in England. United swooped to capture the Netherlands international from PSV for £25m in 2015 but a knee injury wrecked his plans to settle in at Old Trafford.

Louis van Gaal’s departure swiftly exacerbated his situation as he barely featured in Jose Mourinho and left for Lyon in January 2017.

United recovered the majority of the money they paid, but his stature in the game has significantly increased after a successful spell in France.

It was a case of too much, too young for Tosic when he agreed to join Man United in 2007.

With Cristiano Ronaldo and Nani preferred by Ferguson, the young Serbian was left on the fringes and featured only twice in the Premier League.

He had a better experience when returning to his hometown club Partizan in 2009 and went on to feature 241 times for CSKA Moscow in Russia. Now 34, he is currently plying his trade for Kazakh outfit Tobol.

Replacing a player like Ronaldo is a tall order and sadly for Obertan, he failed to live up to the hype after catching the eye at Bordeaux.

The French winger found his first-team opportunities limited as United brought in Ashley Young and Antonio Valencia, and opted to join Newcastle in 2011.

He featured intermittently for the Magpies and now plays in Turkey for BB Erzurumspor.

The left-back was handed a five-year deal after signing from Vitesse Arnhem but quickly found his opportunities limited under David Moyes.

He struggled with homesickness during his first season with the club, although he memorably scored in the 5-5 draw with West Brom, Ferguson’s final match in charge.

The Dutchman found himself surplus to requirements when Louis van Gaal took over in 2014 and departed for Russian outfit Dinamo Moscow. He was last seen playing for MLS outfit New England Revolution.

May 4, 2021 Soccer Comments Off on Man Utd flops: What happened to Bebe, Obertan and 8 other transfer disasters
NFL News