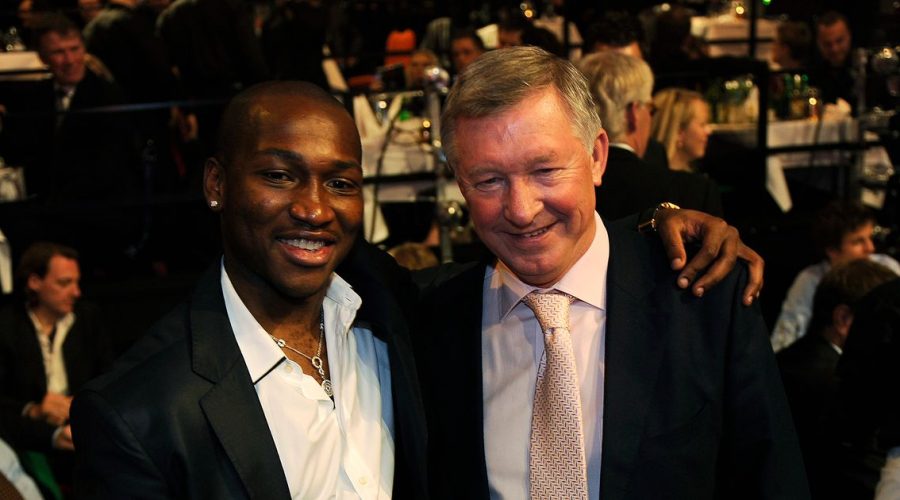 Iconic Manchester United flop Eric Djemba-Djemba has retired from football, and said he wants to give Sir Alex Ferguson a hug the next time he sees his former boss.

Djemba-Djemba captured the attention of United following his impressive performances for French club Nantes, which resulted in a dream move to Old Trafford in 2003.

Ferguson agreed a £3.5million move for the Cameroon international with the hope that he would one day succeed Roy Keane as the club's midfield general.

He joined at the same time as fellow new boy, a certain Cristiano Ronaldo, who had just signed with the club from Sporting Lisbon.

Unfortunately for Djemba-Djemba, their career paths would take different trajectories, with the midfielder going on to make just 20 appearances for the club, while Ronaldo wrote his name into United legend.

Nevertheless, there were some memorable moments, including when he scored the winner away against Leeds in extra-time of a League Cup tie back in 2003, and he is still remembered fondly by Red Devils fans.

What are your fondest memories of Djemba-Djemba in a Manchester United shirt? Let us know in the comments section.

He would go on to play for the likes of Aston Villa, Burnley, St Mirren, Partizan and Hapoel Tel Aviv but has been without a club since signing for Swiss side Vallorbe-Ballaigues back in 2016.

Now, finally, he has made the decision to hang up his boots once and for all.

Explaining his retirement to BritishGambler.co.uk, Djemba-Djemba said: "I can say to you today, that I’m officially retiring from playing football.

"I have an academy in Cameroon and I am going to focus on trying to help educate the young players there on how to become a footballer, and how to build a successful career as a footballer.

Reflecting on his time at Old Trafford, he added: "Yes, I think I could have played a big role if I had more time, but that is life.

"But today, I’m happy. I’ll say thank you to Alex Ferguson every single day, because he changed my life.

"When I get on a plane back to watch Ronaldo, I’d love to see Ferguson to give him a hug. I saw him in Denmark in 2011 when I was playing there, and gave him a big hug when I saw him.