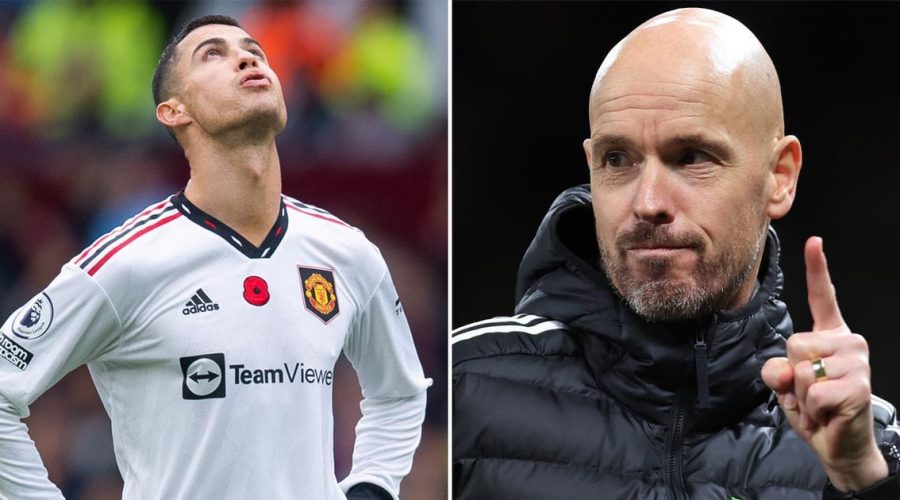 United confirmed on Tuesday evening that the 37-year-old club legend would be leaving the Old Trafford side with immediate effect following a mutual agreement. It came via a brutal statement after the Portuguese forward criticised the club in a fiery interview with Piers Morgan.

The Red Devils' official statement thanked him for his service, but made a cheeky dig in the last line which read: "Everyone at Manchester United remains focused on continuing the team’s progress under Erik ten Hag and working together to deliver success on the pitch."

The forward also claimed Ten Hag tried to force him out, saying: "Yes, I feel betrayed and I felt that some people don't want me here, not only here but last year too."

United's statement prompted a delighted response from fans, who took it to mean the club decided to back the Dutchman over Ronaldo.

Do you think Man Utd were right to back Erik ten Hag over Ronaldo? Let us know in the comments section.

One fan tweeted: "Let’s hope they deliver and back him in January," while a second wrote: "I will back Ten Hag What ever happens until the end of time. He is the one. Glazers out!"

Another commented: "There is going to be such a huge bounce from this. The squad cohesion is so important to Ten Hag's style. And we'll see so much improvement from Bruno [Fernandes] not spamming balls at Ronaldo all game."

And a fourth added: "It's almost a rite of passage. Even Fergie had to get rid of his star players to become a success."