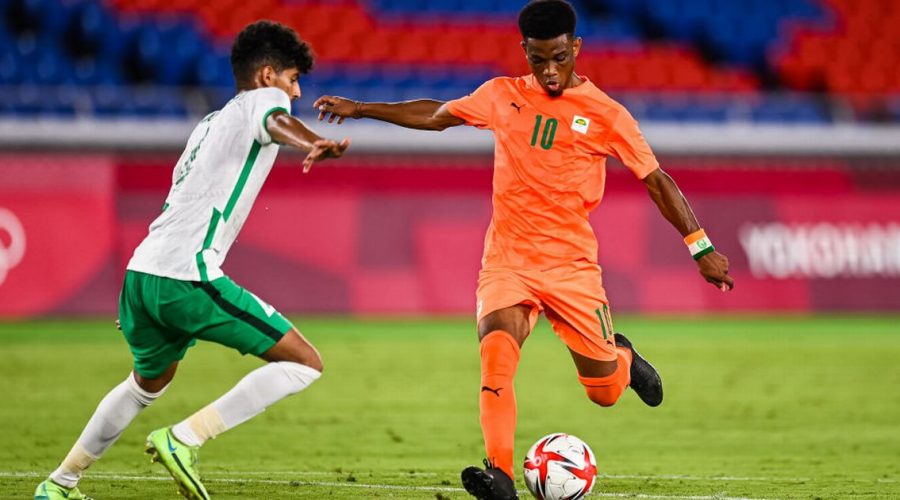 Manchester United fans are expecting a bright future for Amad Diallo after the youngster provided an assist on his Olympics debut.

Amad joined the Red Devils from Atalanta in January though made just eight appearances for Ole Gunnar Solskjaer's side.

And Amad provided the the assist for Franck Kessie of AC Milan to score the winner in the 66th minute of a 2-1 victory.

Amad only turned 19 earlier this month, though United fans expect the forward to have a big future.

One posted on social media: "Amad Diallo is such a calm and composed winger. His decision making is pretty good for a youngster."

While another wrote: "Amad has such a big future. The boy is a bag of skills and tricks and is absolutely fearless."

And a third agreed: "Amad Diallo is so talented it's easy to predict he'll be a world class player in the near future."

With one more putting: "Amad Diallo is going to be a superstar. I have no doubt in my mind."

Should Amad Diallo be a regular starter for Manchester United? Let us know in the comments section

While one urged the Red Devils: "Play him please. Play him he is good. Very good."

United boss Solskjaer knows that the best of Amad is still to come.

He said earlier this year: “He’s still a young lad, he’s 18 but of course we see top, top potential in him.

“He’s a very good lad, very likeable, he works hard. Of course he needs to adapt to a new country, a new language.

“We believe he has the attributes mentally, technically and physically to be a top player for us.”