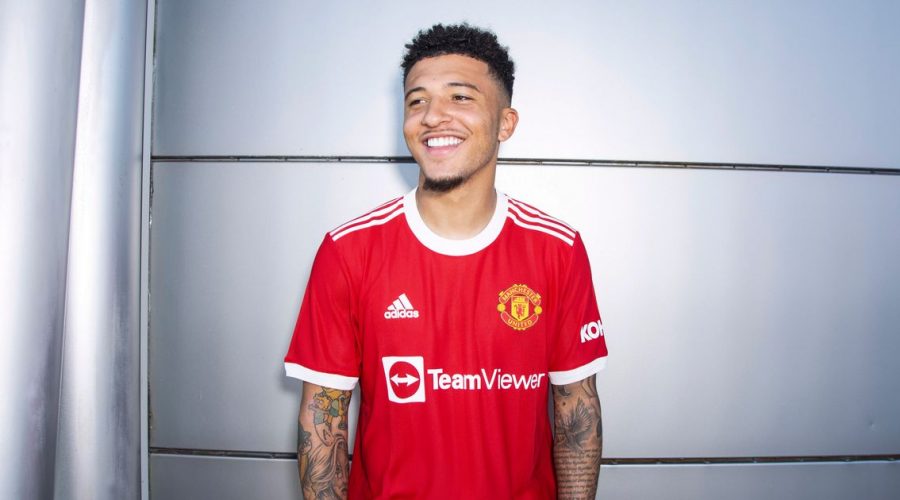 Manchester United have sealed the £72.9m transfer of Jadon Sancho after striking a deal with Borussia Dortmund.

The winger has long been on the club's radar following efforts to sign him last summer and he has signed a five-year deal with the option of another season.

12 months ago the Germans were demanding in excess of £100m for the Englishman and refused to budge on their asking price.

Personal terms were agreed last summer and Sancho has been keen on a return to England.

Dortmund recorded financial losses over the past year and have opted to cash in on the winger as they look to retain Erling Haaland amid mounting interest.

United are set to pay Sancho's fee in several instalments over the coming years.

A wide forward was one of the areas Ole Gunnar Solskjaer was keen to strengthen as he targets a Premier League title charge at Old Trafford.

Sancho has recorded 51 assists and scored 38 times during his 104 Bundesliga games.

He will join a United side that already boasts the likes of Edinson Cavani, Marcus Rashford and Mason Greenwood as attacking weapons.

The winger, who spent two years at Manchester City, is currently enjoying an extended break following his efforts with England at Euro 2020.

Sancho could make his United bow in a pre-season friendly against Everton next month.

Sancho said: “I’ll always be grateful to Dortmund for giving me the opportunity to play first-team football, although I always knew that I would return to England one day.

"The chance to join Manchester United is a dream come true and I just cannot wait to perform in the Premier League.

"This is a young and exciting squad and I know, together, we can develop into something special to bring the success that the fans deserve. I am looking forward to working with the Manager and his coaching team to further develop my game.”

Solskjaer added: "Jadon epitomises the type of player I want to bring to the club, he is a forward player in the best traditions of Manchester United. He will form an integral part of my squad for years to come and we look forward to seeing him blossom.

"His goals and assists records speak for themselves and he will also bring tremendous pace, flair and creativity to the team.

“Old Trafford will give him the platform he needs to release his untapped talent and perform at the highest level.

"For a player of his age, Jadon has already achieved a great deal and showed the courage to go and prove himself abroad. We all look forward to welcoming Jadon to the squad as we prepare for the new campaign.”