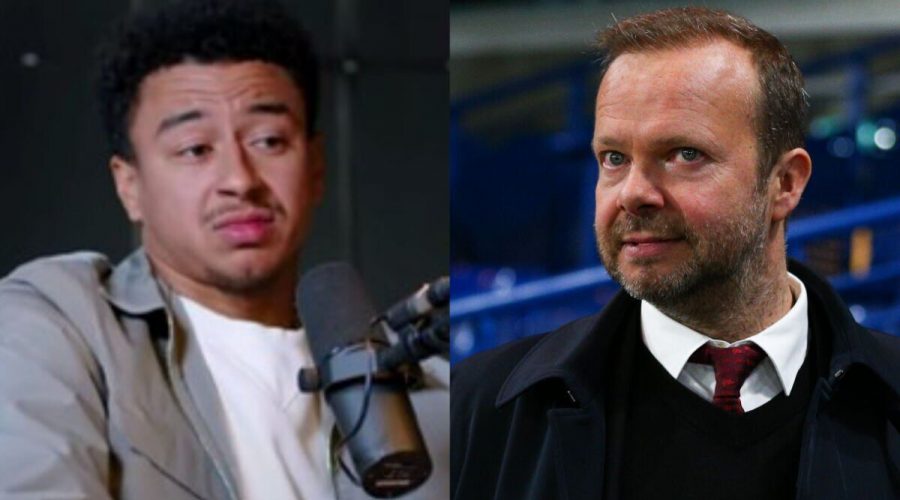 Former Manchester United star Jesse Lingard has revealed that he had disputes with both Ed Woodward and John Murtough whilst at the club. The midfielder left Old Trafford over the summer when his contract expired, though he was keen to depart far sooner.

Lingard came through the academy with United and was an important player for the club at times, finding joy in campaigns under Jose Mourinho and Louis van Gaal. Though towards the back end of his time at the club, it became very clear that he was surplus to requirements.

The playmaker was vocal internally about how he just ‘wanted to play football’, he has revealed, though found the higher powers at the club reluctant to part ways with him despite the limited opportunities he was being given. Speaking to Steve Bartlett on his Diary Of A CEO podcast, Lingard revealed that he was reduced to tears by Woodward due to complicated negotiations with West Ham in 2021.

Asked about how the move to the Hammers almost never happened, he explained: “I was literally with my brother watching Sky Sports News, David Moyes is on the phone and I’m like ‘Yep, I’m coming, I’m there, you want me there? I’m there’. Ed Woodward rings: “No, you’re not going there, it’s off’.

“I was crying. Me and my brother were just crying. All I want to do is play football. Ed Woodward rang, ‘It’s back on now’. ‘All I want to do is play football, let me go and play football please.” Lingard bounced back to form under Moyes at West Ham, helping the club to finish in the Europa League places with nine goals in 16 appearances. The England international was keen to remain with the Hammers beyond his loan spell and help them on their European journey but United wanted the player to return to the Theatre of Dreams.

The midfielder made just 22 appearances in his return campaign with the Red Devils, revealing that he pushed to leave in January after Newcastle tabled a loan offer but saw his request refused by Murtough. He said: “I wanted to go on loan in Jan as I weren’t playing again. So Newcastle was on the cards, the deal was done and everything, obviously United’s squad weren’t big enough, they let a couple of players go out on loan then they came to me and John Murtough rang me saying: “You’re not going on loan.”

“I was like ‘well he’s gone on loan, he’s gone on loan’, I’m not playing here so let me go on loan to play football’. He said ‘What do you want, days off?’, I said ‘No, I just want to play go and football.’ So then they stopped the loan so I was p***ed, then he said about the days off I messaged him and said ‘you know what, I’m going to take two days off now just because you said that’ so then they put out ‘Jesse’s asked for two days off’ in the media so I went on Twitter straight away, I put it out there.”

Lingard joined Nottingham Forest in the summer after a deal could not be reached with West Ham for a permanent move. The 30-year-old spoke of how the newly-promoted club showed him the ‘love’ that he wanted in order for him to take the risk and join a club that would be competing in the bottom half of the table.