Manchester United boss Ole Gunnar Solskjaer would like to complete more signings but suggested he would be fine to work with the squad he already has available. United recently signed Donny van de Beek for £34.7million from Ajax and are now keeping tabs on Borussia Dortmund star Jadon Sancho.

However, talks between the Red Devils and Dortmund have hit a snag due to Sancho’s astronomical asking price, which exceeds £100m.

Solskjaer insists that the Manchester giants are always looking to improve with additions that are needed but the recent coronavirus outbreak may stand in the way this year.

The United boss appears to be pleased with his current crop of players and would be more than happy to work with what he already has at his disposal.

JUST IN: Arsenal legend explains impact Thomas Partey would have at Emirates amid transfer talk 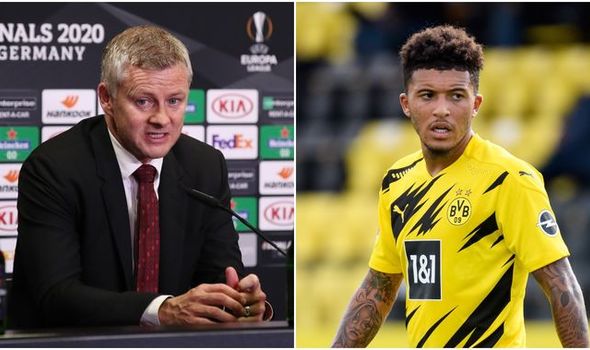 Solskjaer said: “I am very happy working with these players and the squad.

“We always trying to improve and to see if there’s any way possible that we can improve this squad and bring players in that will have the right level of quality and the right personality and have all the right criteria.

“We all know this summer and this year has been a very strange one and it’s important that everyone understands that this has an effect on football and not everyone can spend millions and millions, and new millions.” 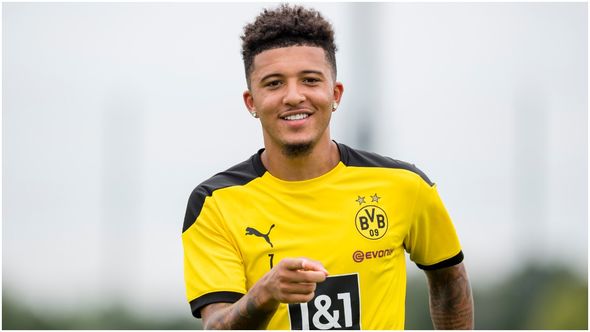 United have been quite inactive throughout the summer transfer window compared to their Premier League rivals.

However, Solskjaer isn’t worried as he has full faith in his current roster, which climbed up to third place last season.

He said: “It’s never easy to have too many new players in the team, it takes time for players to gel into units.

“We will have to get the results, our response has to be about improving, getting the results but also adding players with different qualities than we have, things that we need.

“When we signed Bruno [Fernandes], we knew we needed that type of player. Now we have signed Donny and he is the type of player that I felt we needed.

“He is the type of person who will fit the culture, and the team and will improve us for next season and for years to come.”