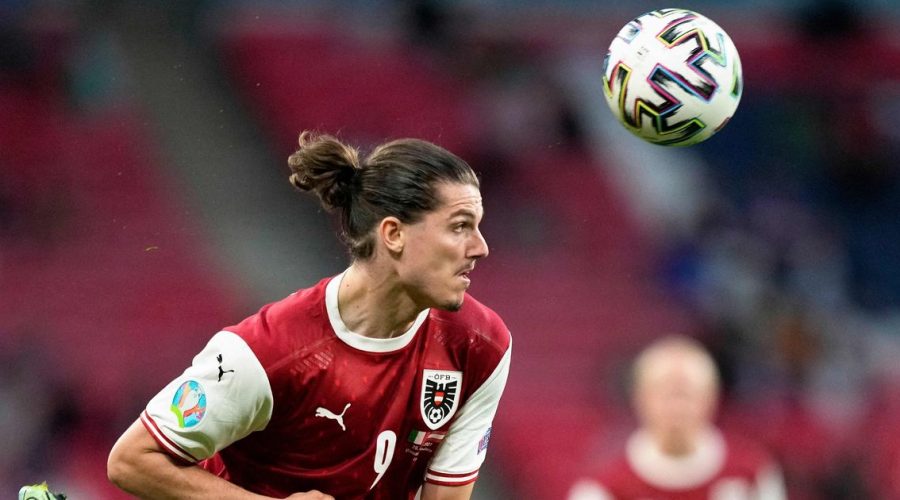 The midfielder was a crucial member of the Leipzig team which finished second in the Bundesliga to Bayern Munich last season, scoring eight goals along the way.

And he was ever present for his country as Austria reached the last 16 of Euro 2020 before knocked out in extra time by finalists Italy.

But the 27-year-old is rumoured to be looking for a move this summer after entering the final year of his contract, with Tottenham and AC Milan believed to be keen on him.

And Solskjaer is said to be a big fan – while Borussia Dortmund could also try to land him.

"Looks like the RB Leipzig player will leave the club this summer," the ex-Barnsley, Sheffield United and Middlesbrough striker said on Twitter.

"One year left of his contact. Been linked to a couple of English clubs.

"I know OGS rates him highly, so do Tottenham. But the Austrian could stay in Germany as Dortmund is showing interest."

Would Marcel Sabitzer be a good signing for Man Utd? Have your say in the comments below

Sabitzer can play in a variety of positions in midfield and earned plaudits for his free-kick and set-piece technique.

He has scored 52 goals and notched 42 assists in 227 appearances for Leipzig appearances since joining from Rapid Vienna in 2014 .

United boss Solskjaer is on the lookout for a midfielder, and has been linked with a swoop or 18-year-old Rennes prospect Eduardo Camavinga.

But the teenager is also on the radars of Paris Saint-Germain and Real Madrid.

And the Red Devils could lose Paul Pogba this summer, with PSG confident they can land the World Cup winner for £50m.

According to German newspaper Bild , cited by The Sun, Sabitzer could be available for as little as £14.6m this summer.