Manchester United boss Ole Gunnar Solskjaer has hinted he’s wary of dropping Bruno Fernandes, Marcus Rashford and Harry Maguire ahead of his side’s Premier League clash with Wolves on Tuesday. The Red Devils go into the match at Old Trafford seeking a return to winning ways after a 2-2 draw with Leicester last time out. They currently sit fourth in the table, five points behind leaders and current champions Liverpool.

And that’s helped the Red Devils mount a challenge for the Premier League title, with Solskjaer’s side now in a good position ahead of entering 2021.

Now, speaking ahead of his side’s clash with Wolves, the Norwegian has hinted he’s currently unwilling to take the trio out of the firing line.

Solskjaer was asked about giving them a rest.

And his use of the word ‘but’ suggests he’s currently reluctant, with the 47-year-old saying: “Of course they have to be rested at certain points but then again we need points and we need to play strong teams and build on things.

“Even playing through when you’re a bit tired does develop you and improve you. 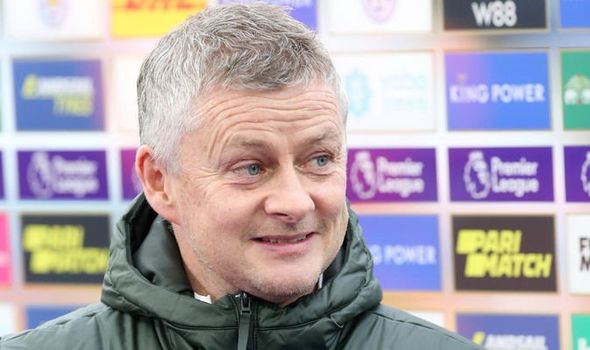 “But the Premier League is a different animal to other leagues and we do have a demanding style of play as well.

“It’s fast, attacking football – we want them to go quickly.

“It’s not walking tempo football that we demand. And if it’s 60 minutes full tilt then another one can do 30 because we have a big and strong bench as well.”

Solskjaer is happy with United’s progress after a ‘difficult’ year that has seen the coronavirus crisis escalate and supporters banned from stadiums.

“It’s been different and difficult, but then again that’s life for everyone now,” he said. 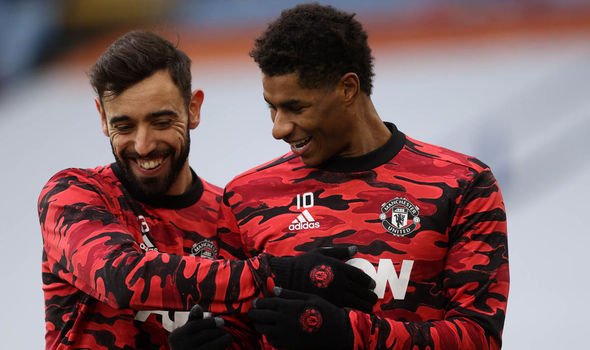 “We’ve been quite lucky in that respect – we’ve seen people all time.

“We’ve tried to make the most of it, I think the players have done really well and been really focused and professional.

“It’s maybe brought everyone down to the basics again for a while – washing their own clothes, no dressing rooms, no lunch, bring a packed lunch, and in one way I think that has challenged every player to look at themselves and say ‘do I do the right things?’ I think our group is getting to a good level of consistency in their good habits.”

Solskjaer has labelled Wolves a ‘good side’ ahead of the match. 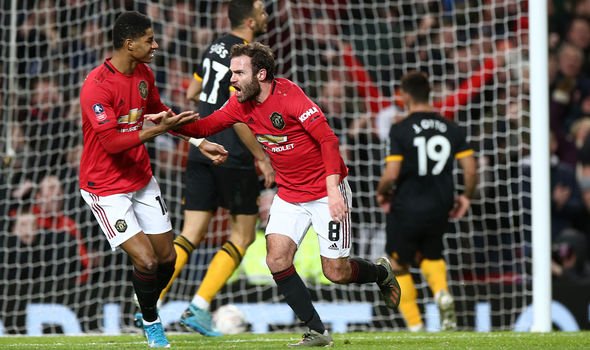 “They’re a good side. Nuno [Espirito Santo] has set his team up really well,” he said.

“The recruitment has been really good and they’ve really built stone by stone.

“I think they’ve earned the right to be up there. We’ve had some tight games as you said and hopefully we can build on our performances last time.

“We beat them in the cup in February in the replay, but then again every game lives its own life.

“We have to start strong and hopefully we can build from that.”