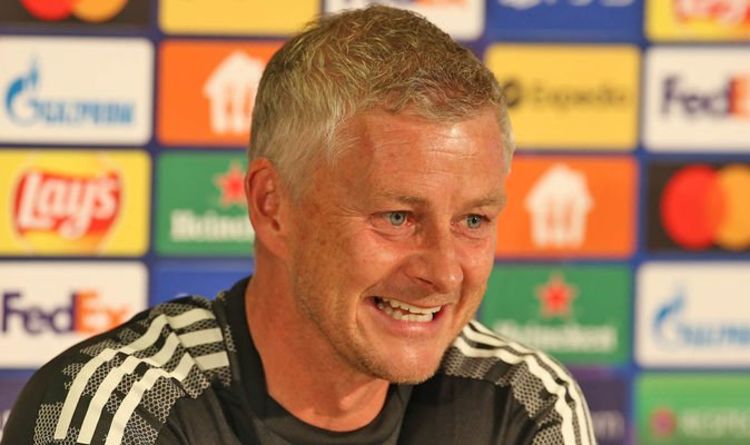 Manchester United boss Ole Gunnar Solskjaer has spoken out ahead of Saturday’s Premier League clash with Watford. The Red Devils go into the game hoping to bounce back after losing six of their last 12 matches across all competitions. But the match at Vicarage Road will be far from straightforward.

United have lost six of their last 12 matches across all competitions going into the match with Watford.

That’s included humblings at home to Manchester City and Liverpool, as well as a chastening 4-2 defeat away at Leicester.

With United’s season going from bad to worse, Solskjaer has come under fire.

Fans, former players and pundits alike have all criticised the 48-year-old for failing to get the best out of his star-studded squad.

As a result, links to various other managers has arisen.

Brendan Rodgers has emerged as a possible candidate having worked wonders at Leicester, winning the FA Cup and Community Shield trophies over the past year.

Erik ten Hag and Luis Enrique are also reportedly admired by the United hierarchy, while the potential appointments of Mauricio Pochettino and Zinedine Zidane have also been mooted.

But Solskjaer, speaking in a press conference before United’s match with Watford, has now responded to speculation over his position.

And he’s confirmed he’s held talks with the United hierarchy as they look to turn things around.

“Of course, I’ve been in contact and communicated with the club as I do all the time anyway,” he said.

“It’s been a long international break but it’s one that we’ve utilised to our benefit.

“We feel it’s been a good response from the players and we’re ready for the Watford game.

“International breaks are always periods to refresh and to keep working on different things and this time around we’ve had a few players having to pull out.

“So quite a few of them have been here doing individual sessions, recovery sessions, some players were allowed to go abroad to visit families.

“It’s always the case when everyone comes in everyone’s bright and ready.

“This week has been a good week, we’ve had a chance to work with everyone on quite a few things.”

Solskjaer feels his United players will return with the batteries recharged, too, adding: “They haven’t had a change of mentality, that’s the wrong way of saying it, they love playing football, winning, when we left each other 13 days ago no one was happy when they left Old Trafford,” he said.

“But then there is another game, another game and another game, they enjoy the comp in their countries and this week, it’s been a very determined and focused group, we’ve worked on a few things and hopefully, we see that against Watford.”

One player being linked with a move away from United ahead of the match with Watford is Jesse Lingard.

But Solskjaer has confirmed he wants the England international to stay, adding: “Jesse is training really hard, really well and he’s ready and available for me, disappointed he’s not playing more.

“In regards to contract situations and talks, I’ve not been in them very closely. For me, Jesse is still a big part of this squad and important and he gives quality to the group every day.

“Every player wants to play as much as poss, with Jesse and all my players. They’re working really hard, can’t fault the attitude when they’re called upon.

“Jesse has done well when he’s played for us and with the games coming up he’s going to play a part.”