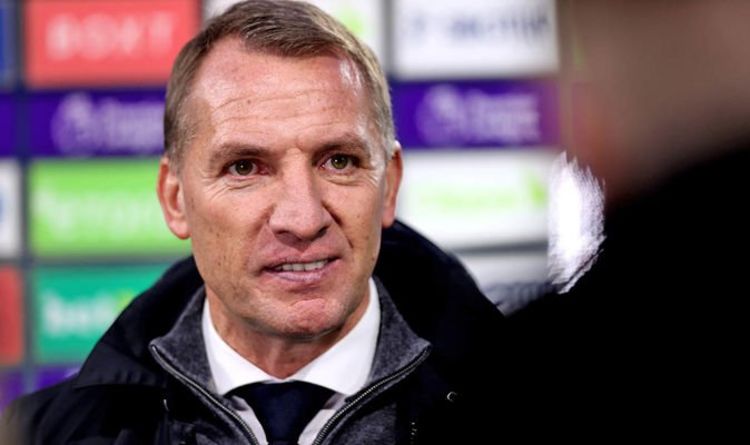 Manchester United are divided on when Brendan Rodgers should replace Ole Gunnar Solskjaer, reports say. The Norwegian has overseen a torrid season at Old Trafford so far. And though he’s primed to be in charge for Saturday’s match with Watford, a sacking still appears to be on the cards.

United backed Solskjaer in the summer, giving him a three-year contract and landing the likes of Jadon Sancho, Raphael Varane and Cristiano Ronaldo.

But those reinforcements have failed to get the Red Devils firing, with the 20-time champions losing six of their last 12 matches across all competitions.

United have been heavily linked with Rodgers as a result, especially given the good work the Northern-Irishman has done at Leicester.

But while 90min say the Glazers want the Leicester boss, board members are split over when he should take over.

Some feel it should be at the end of the season.

Leicester wouldn’t want to lose their manager midway through the current campaign, especially given all the positive work Rodgers has done at the King Power Stadium.

But that would mean United giving Solskjaer the full season.

And other board members aren’t so keen for that to happen, believing the Norwegian should go sooner rather than later.

As well as Rodgers, United have been linked with a host of different managers in recent weeks.

Zinedine Zidane is one, with the 49-year-old currently available following his departure from Real Madrid back in the summer.

Zidane would bring an attacking philosophy to United and he’s previously managed Ronaldo and Varane over in Spain.

However, the Frenchman appears to be enjoying his time away from management and there’s no guarantee he’d take over.

Mauricio Pochettino is admired but, for now, the Argentine is working at Ligue 1 giants Paris Saint-Germain.

Likewise Erik ten Hag, who has helped Ajax win two Eredivisie titles during his time in Amsterdam so far.

And though Ralf Rangnick is another candidate, United have previously been put off the 63-year-old because of his combative nature.

At present, all signs point to Rodgers becoming the next United manager.

But with the board split on when that should happen, it’ll be interesting to see how the saga plays out.

Meanwhile, Andy Cole has defended Solskjaer – insisting some of the criticism has been too personal.

“The flak that Ole gets disappoints me,” he said.

“I don’t think any manager should take that kind of flak; whether it’s United or non-league.

“I think they are trying to work to the best of their ability. He’s trying like everybody else who tried previously.

“Whether he is my ex-team-mate or not, even if it was someone I didn’t know, I wouldn’t like people to talk about them like that.

“But I don’t like it because when I played with him I got on very well with him. To see him in this position now doesn’t sit well with me.

“We all want Manchester United to be back where they were, but that takes time. We can talk about ‘how much longer?’ But the previous managers have found themselves in the same position. The stick that Ole takes is, at times, not nice.

“Things are never going to be easy for a club like Manchester United. To succeed Sir Alex Ferguson was always going to be difficult for whichever manager takes over – and what are we now, four managers in? And we are still talking about United not being in the position they would like to be.

“But other teams have got to move forward. Look how long it took Liverpool to win the league. I’m not saying United are going to be in that position, but you can’t be kept by history. Manchester United have to get stronger as a team and go from there.

“United are four managers in; all the managers that have gone before have done a good job as well. Unfortunately they have not been able to get them back to where they were.”