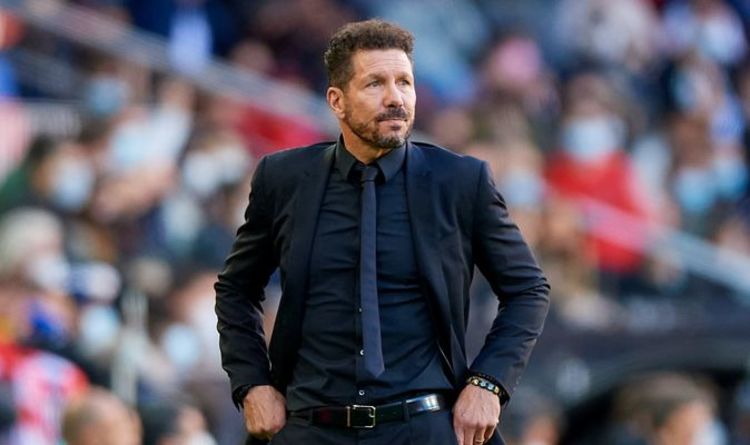 Solskjaer was finally dismissed on Sunday, just 24 hours after a humbling 4-1 loss at struggling Watford.

Michael Carrick has been handed the reigns on a temporary basis whilst the United hierarchy begins their search for Solskjaer’s replacement.

And Simeone could be a surprise candidate to replace the Norwegian should United choose to revisit their previous interest in the fiery Atletico chief.

Simeone was lined up for the top job at United almost seven years ago during David Moyes’ disastrous reign.

Although United’s interest in the 51-year-old failed to materialise into anything concrete following Moyes’ dismissal, it won’t be lost on club chiefs that Simeone had been taking private English lessons to prepare him for any potential move; something that would stand him in good stead if he were to come into consideration for the role again.

It remains to be seen if Simeone would entertain the idea of taking over at Old Trafford after all this time.

But it wouldn’t be a surprise if he would still be interested given his proactive approach to try and privately prep for a crack at managing in England when United were last sniffing around.

Although Simeone has been a serial winner with Atletico in Spain, his name hasn’t been particularly prominent in the early frontrunners to replace Solskjaer.

Mauricio Pochettino is reportedly the main name in the frame to succeed Solskjaer, whilst the noise surrounding a potential swoop for Leicester City boss Brendan Rodgers has reached a crescendo in recent weeks.

Although a host of top names are likely to be tempted by the job, it appears that United will struggle to prise any of their preferred candidates away mid-season.

Despite reports claiming that Pochettino is unhappy and Paris and would welcome an immediate approach by United, it’s far more likely that United will keep their powder dry until the summer.

Carrick has been installed as a stopgap whilst the Old Trafford hierarchy set their sights on someone capable, and willing, to keep things ticking over until the end of the season; which is, ironically, exactly the remit that Solskjaer was initially given over three years ago.

If United do turn to Europe in their hunt for a new manager in the summer, it’s likely that Simeone will come back into consideration.

And there remains every chance that he could be open to a move after spending over a decade at the helm in Madrid.