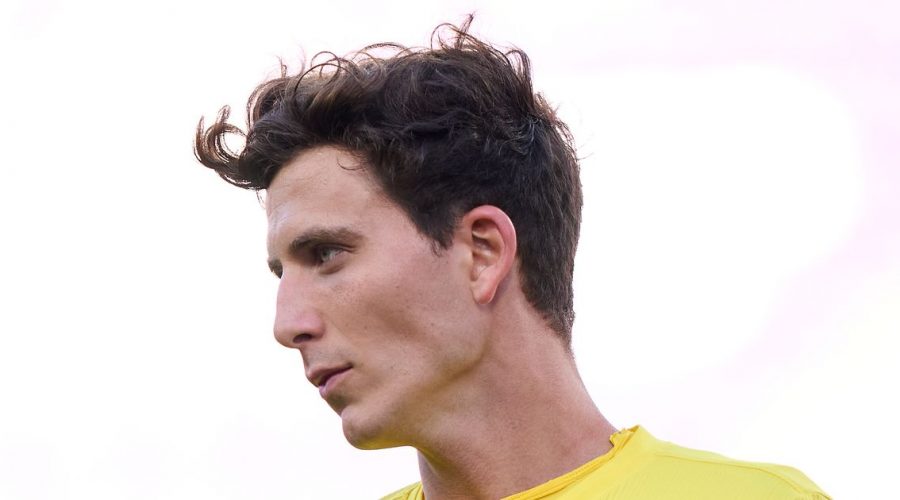 Manchester United have long been linked with a deal for centre-half Paul Torres – and now the Red Devils look set to make their move.

Torres, 24, has been on the radar of Europe’s leading clubs for some time after impressing for Villarreal in La Liga and the Europa League.

The Manchester Evening News claims that Torres was one of five players on Ole Gunner Solskjaer’s defensive shortlist in the New Year.

His standout performance against United in Villarreal’s Europa League final win last month only served to further highlight his credentials.

And now reports in the Italian media suggest the Red Devils are preparing a substantial bid to bring the Spanish star Old Trafford this summer.

Sport Witness (via Gazzetta dello Sport) published on Sunday that United are ‘about to launch an offer of around €50million’.

They also claimed that the Premier League side have ‘long been on his trail.’

However, Gazzetta believes it is not a one-horse race to sign Torres, and that Real Madrid are also in the running for the Spain international.

New boss Carlo Ancelotti is short at centre-half after allowing Sergio Ramos to leave the club and with Raphael Varane facing an uncertain future.

Do you think Pau Torres would be a good signing for United this summer? Let us know in the comments section.

United still appear to be the frontrunners, though, as Solskjaer steps up his search to find a long-term centre-half partner for Harry Maguire.

Maguire is one of United’s most important players, and his absence at the latter end of last season showed up the side’s defensive frailties.

That has forced Solskjaer into the market for a new centre-half, with Torres, Varane and Ramos all mentioned as possible arrivals.

Torres confirmed his allegiance to Villarreal before last month’s Europa League final, but United will still be hopeful of prising him away from El Madrigal.

He said: “For now I only think as a player dressed in yellow, I see my life linked to this club.

“For now I have a contract here [until June 2024] and I do not see beyond this final or what may come this summer.”