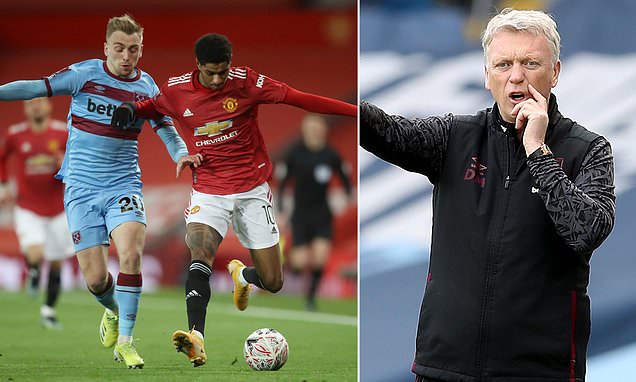 Manchester United vs West Ham LIVE: David Moyes ready to haunt his former side at Old Trafford as the Hammers try to keep their Champions League push on track with victory over the Red Devils

David Moyes will look to upset his former side in a bid to keep West Ham’s top four aspirations on track at Old Trafford.

The Hammers sit fifth going into Sunday’s late kick-off and know a win would take them level on points with Chelsea, who sit fourth, and just three behind United, currently third, having played a game less.

United have been second for much of the season and will be wary of being dragged back into the battle just to finish inside the top four if they do not get a positive result at home here.

Solskjaer has made only one change from United’s superb 2-0 victory over Man City last week, with Mason Greenwood starting on the left as Anthony Martial misses-out entirely after picking up a knock against AC Milan in midweek.

Meanwhile, there’s three changes in attack for West Ham, one of which can be blamed on tonight’s opponents. United loanee Jesse Lingard misses-out with the midfielder barred from facing his parent club, as veteran Mark Noble comes in.

Jarrod Bowen and 21-year-old Ben Johnson start either side of the skipper on the wings, with Benrahma dropped to the bench and Fornals omitted from the squad.

The 10 months of disaster David Moyes endured at Manchester United will forever hang over his career, but the Scottish boss is rapidly resurrecting his reputation at West Ham.

The Hammers’ shock Champions League challenge just will not die, as they continue to back-up their ambitions week after week.

Moyes had a tough act to follow in Sir Alex Ferguson and didn’t get much time to save his job… but Ole Gunnar Solskjaer has no sympathy.

David Moyes back at the Theatre of Dreams and a key Champions League qualification clash, this should be a fascinating one.

Stay tuned right here for all the build-up and live updates from TOBY MILES. 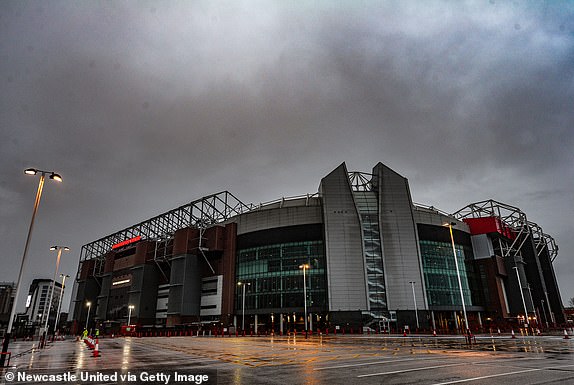