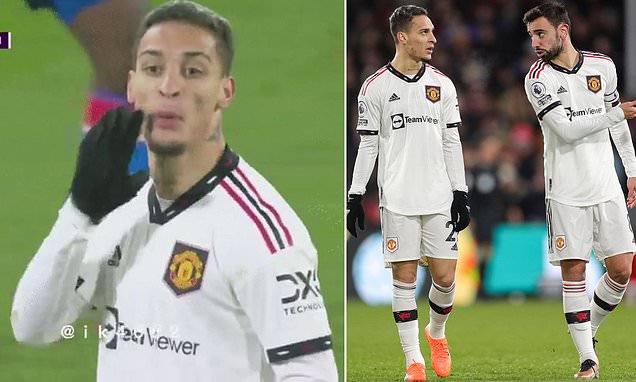 Antony appears to call Bruno Fernandes a ‘b***h’ in Portuguese during heated spat in Crystal Palace clash, with Manchester United team-mates arguing over a misplaced pass

Manchester United stars Antony and Bruno Fernandes were seen clashing during the first-half of their match with Crystal Palace.

The Red Devils were held to a 1-1 draw at Selhurst Park after Fernandes gave his side the lead before Michael Olise scored a sensational free-kick to level the scoring.

Tensions were high – as United sought to leapfrog their local rivals Man City – and eventually led to two of Erik ten Hag’s players confronting eachother in the match. 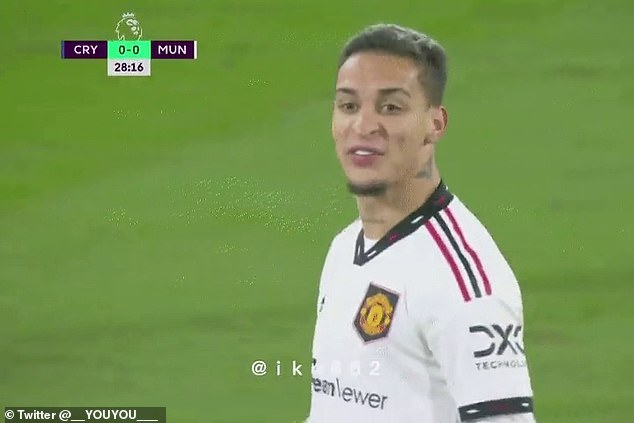 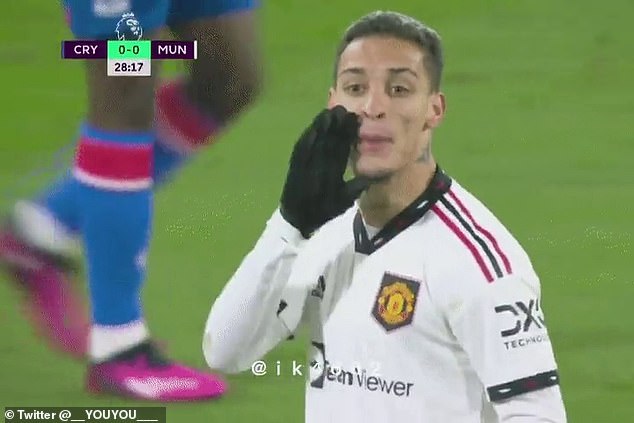 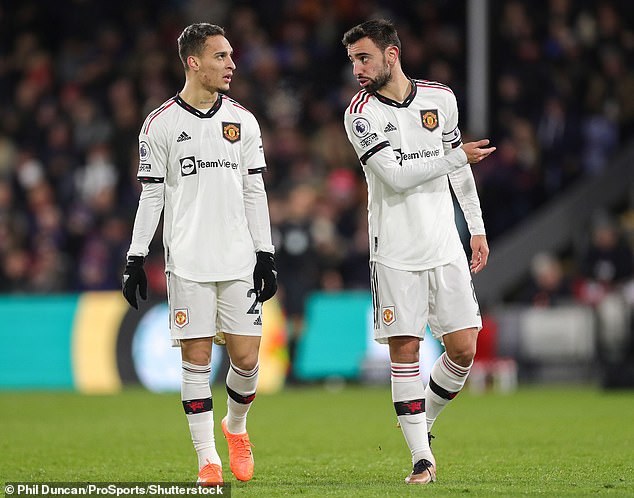 Footage showed Antony and Fernandes clashing with eachother in the 28th minute of the Premier League encounter – prior to United taking the lead.

The Portuguese playmaker calls out to his team-mate and seems to indicate – via a motion with his arm – that the winger should’ve made a forward run.

Ex-Ajax forward Antony doesn’t hesitate and quickly barked back at his Red Devils team-mate and seemed to call Fernandes a ‘b****’ in Portuguese.

The camera cuts before any reaction from Fernandes – following the expletive – could be seen on screen.

Perhaps the goading from his own team-mate spurred Fernandes on as, 15 minutes later, he opened the scoring with a thumping effort past Vicente Guaita. 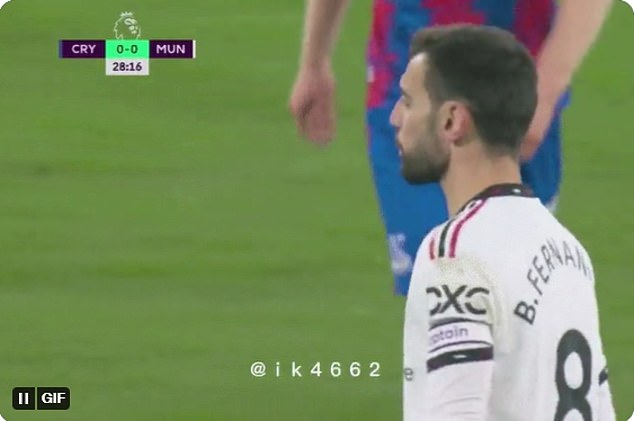 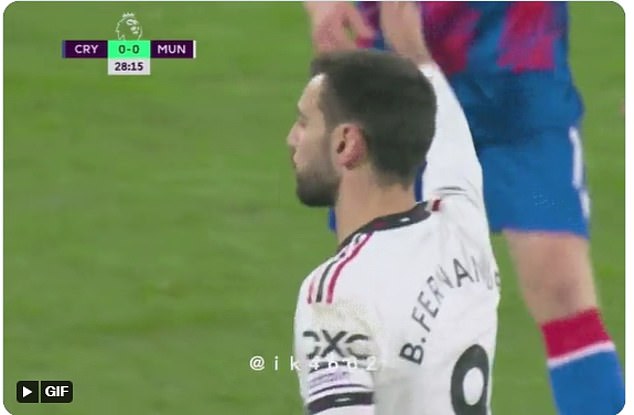 United were denied all three points after Olise scored a sensational free-kick in added time before performing a bizarre, muted celebration.

Fernandes played the full match as United failed to seize an opportunity and close the gap on Premier League leaders Arsenal – who have an eight point lead.

The late leveller denied Erik ten Hag’s side second place in the Premier League table, with the Red Devils left in third behind rivals Manchester City on goal difference.

After the match, Red Devils legend Gary Neville tweeted to bemoan his old club’s decision only to have three men in the wall when Olise stepped up to take his free-kick in stoppage time. 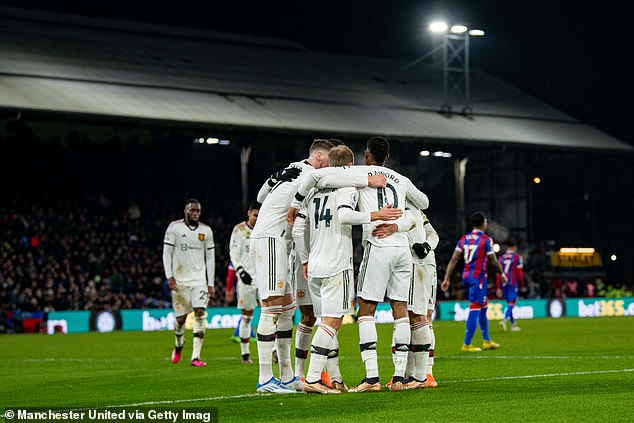