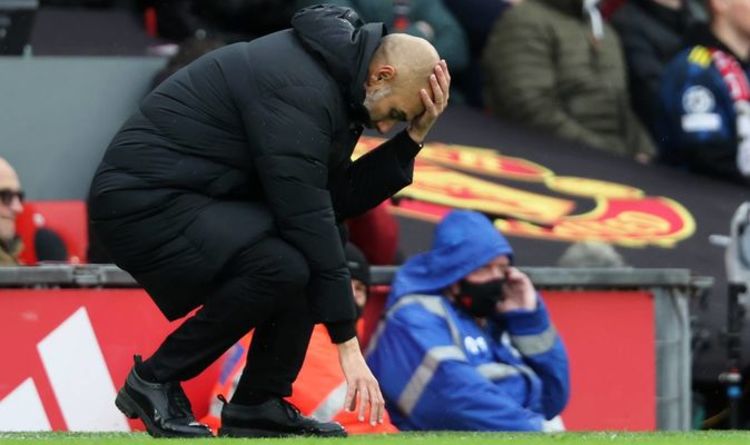 Manchester City boast one of the best squads in the world and their depth allows them to compete at the highest level in every competition. However, international duties may change that for Pep Guardiola, with key stars set to miss out.

Manchester City have been in the hunt for a striker for some time, and their failed pursuit of both Harry Kane and Cristiano Ronaldo in the summer meant that their problem was going to remain unsolved until at least January.

However, although they’re aiming to be more prolific at one end, it’s at the other side of the pitch that they may be lacking come February, as international duties are set to make things difficult in the new year.

City are blessed with squad depth, and Pep Guardiola is known for heavily rotating his squad to keep players fit and get the best out of his stars.

Despite this, even Guardiola may have to dip into the January transfer market, as City learn the extent of their potential problem.

JUST IN: Newcastle and Tottenham target to hold showdown talks with agent

City could be without Ederson and Zack Steffen for a potential FA cup game in February due to the likelihood that they will be picked for their countries, leaving third choice Scott Carson as the only senior goalkeeper.

The Premier League takes a break between City’s trip to Southampton on January 22 and the their game against Brentford on February 9, but there is also the potentiality of an FA Cup fourth round tie, which Guardiola’s side are expected to make.

Although most players can utilise this break, some nations including the USA and Brazil still have World Cup qualifiers to compete in, which is what has created this selection problem.

Carson has made one appearance for City in last year’s 4-3 win against Newcastle, where he even managed to save a penalty, although the rebound scored.

The third choice goalkeeper is a hugely popular figure within the City squad and is experienced as anyone, but the situation is far from ideal, with Carson or under-23 goalkeeper Ciaran Slicker likely to play as things stand.

Guardiola will either have to trust his squad depth, or he may dip into the market to sign an emergency goalkeeper for this occasion.

His selection crisis doesn’t end here though, as Gabriel Jesus and Riyad Mahrez are also set to be out, with the latter potentially out for almost a month due to the Africa Cup of Nations.

Unlike European stars, who have no international duty until March, north and south American World Cup qualifiers are still yet to take place, and the AFCON kicks off in January.

Should Mahrez’ Algeria fail to perform then he could return to City rather early, but should they repeat their success from two years ago, he could be out for the entirety of the competition.

This could leave City without both goalkeepers and two talented attacking options, so it wouldn’t be surprising to see at least one area covered in the January window.

It could also see Raheem Sterling stay put for now, with the England international constantly linked with a move away from the club after falling out of favour with Guardiola once more.

Guardiola is desperate to retain the title once more, and this could be a key period in their season as they look to defend their crown.