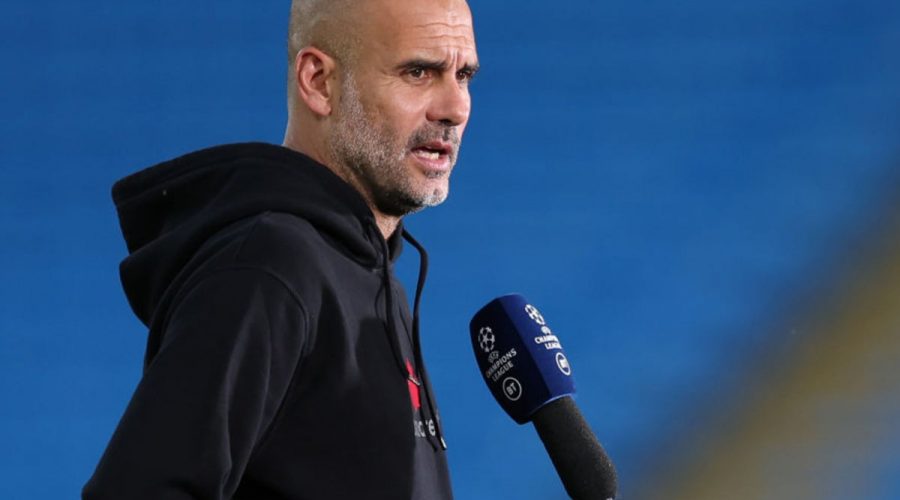 Manchester City welcome RB Leipzig to the Etihad Stadium this evening as the hosts look to kick off their 2021/22 Champions League campaign on a positive note, following the heartbreak of last season’s defeat by Chelsea in the final.

Leipzig, meanwhile, reached the round of 16 last term, exiting with a comprehensive loss to Liverpool over two legs. The German club, founded in 2009, are still pursuing their first trophy, having come agonisingly close last season with runners-up finishes in the Bundesliga and in the Pokal. Two years ago, Julian Nagelsmann led Leipzig to the semi-finals of the Champions League – their best effort in the competition so far – but former RB Salzburg coach Jesse Marsch is in charge for the new campaign.

City enter tonight’s fixture in fine form, having scored 11 goals and conceded none en route to three wins in their last three games. Leipzig, meanwhile, have not exactly started the season impressively, with three defeats and one victory in the Bundesliga so far. They will have to improve their performances in order to successfully navigate a difficult Group A in the Champions League, a pool rounded out by Paris Saint-Germain and Club Brugge.

Follow live updates from Manchester City vs RB Leipzig in the Champions League below: 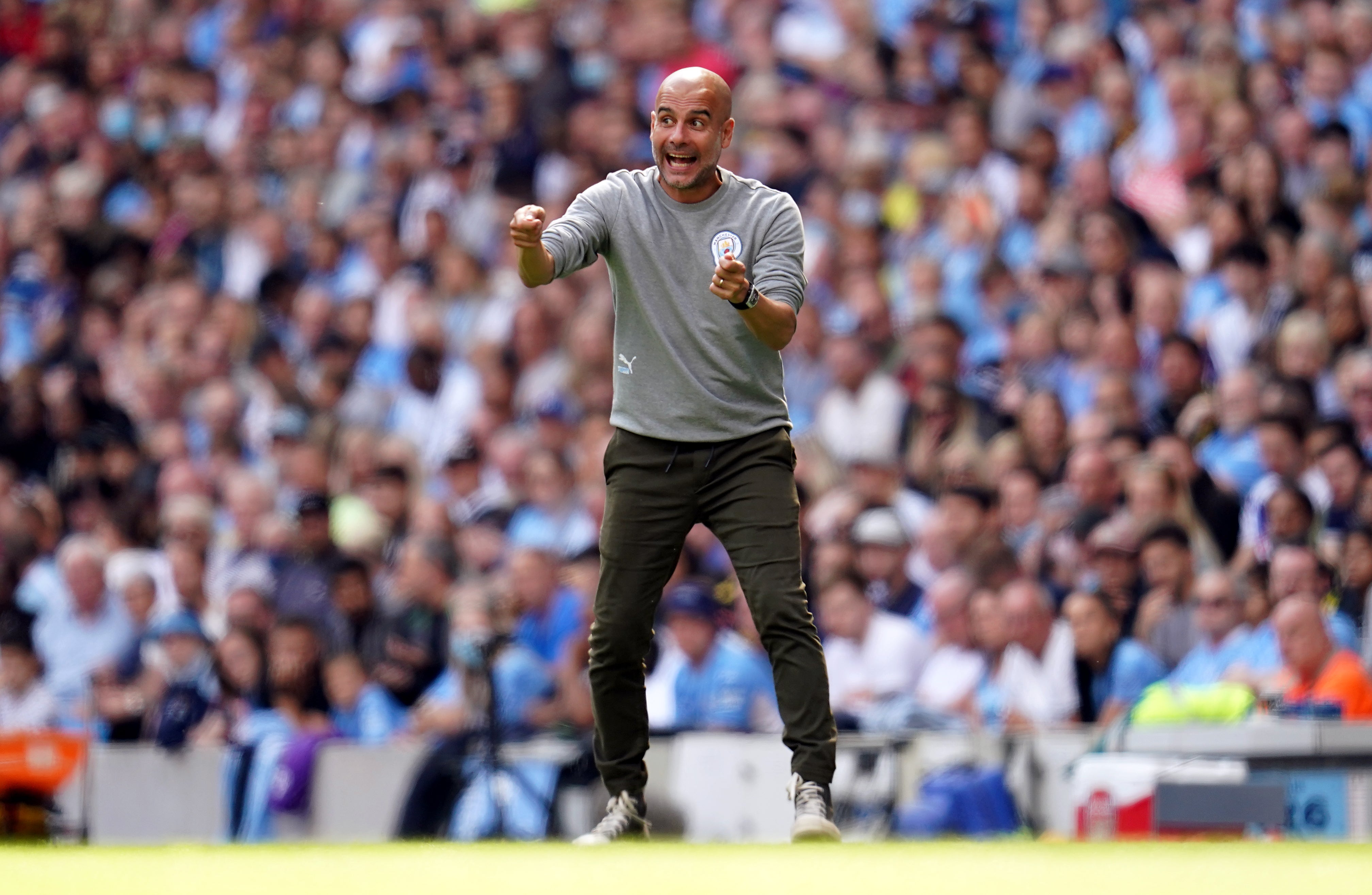 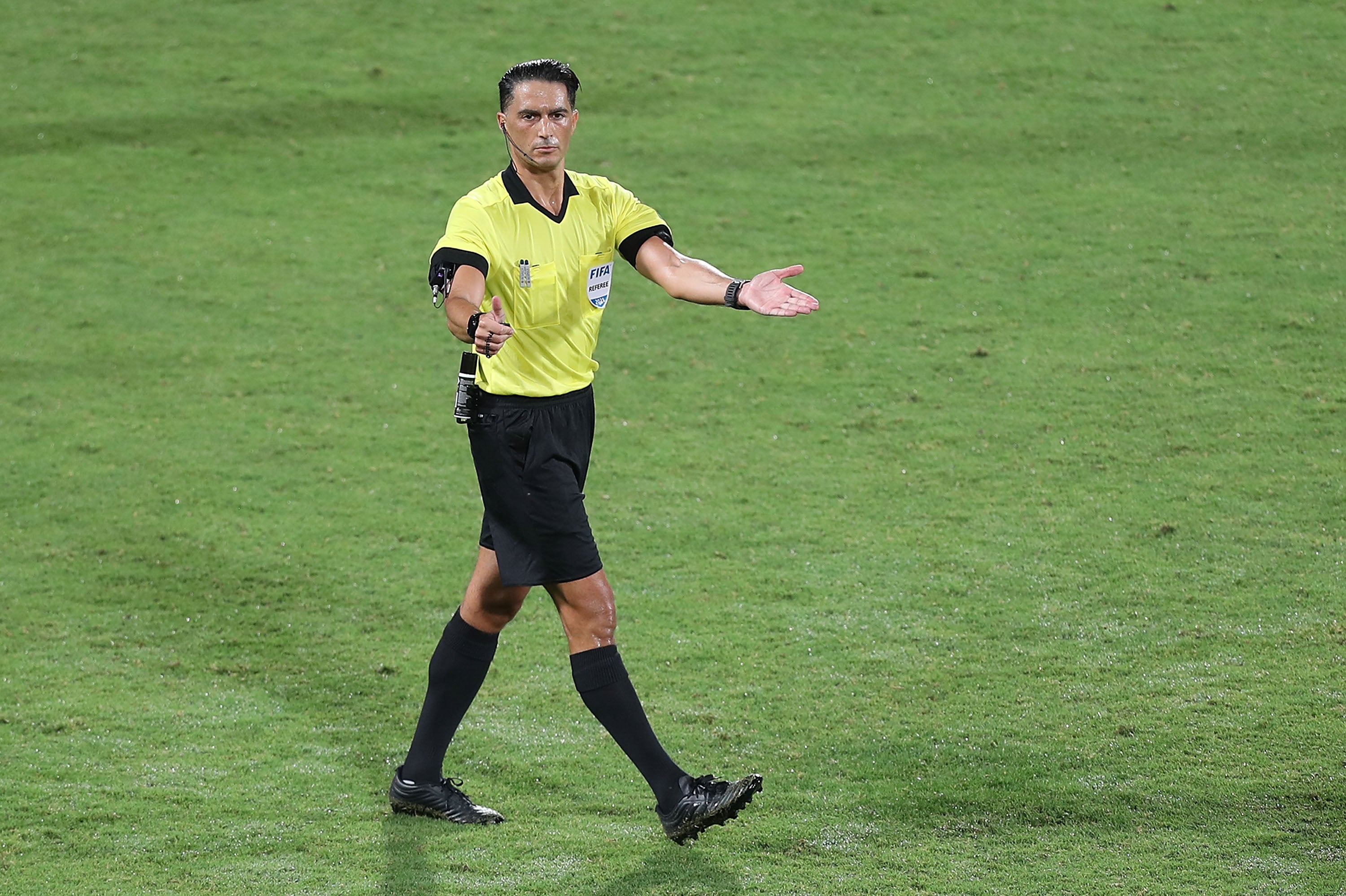 In a pre-match interview with BT, midfielder Rodri says Manchester City are an even better team this season following the arrival of Jack Grealish.

The £100m man makes his first appearance in the Champions League this evening – on this day three years ago he was starting for Aston Villa in a 1-1 draw at Blackburn in the Championship. 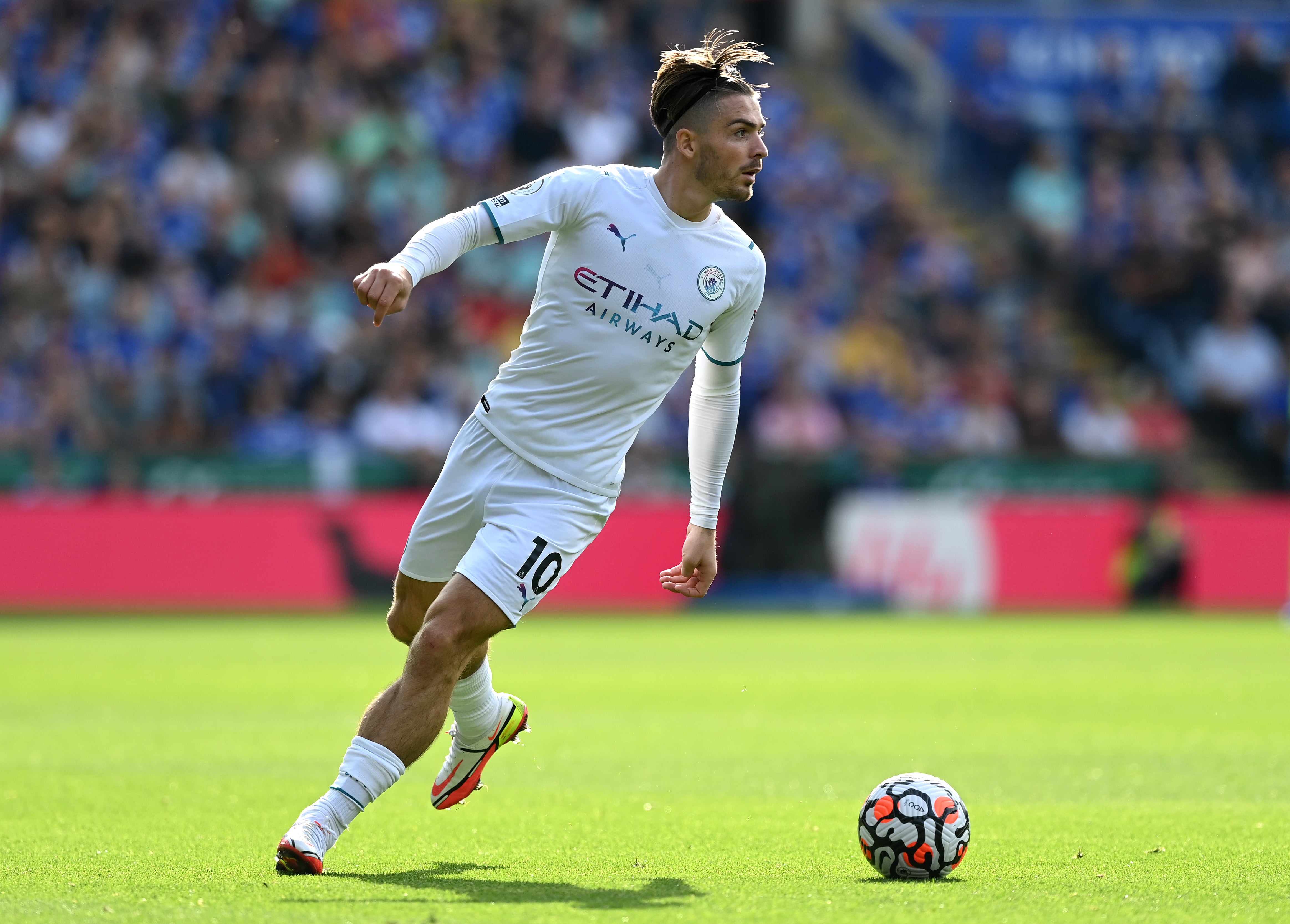 Tonight brings up a significant milestone for Manchester City manager Pep Guardiola – his 300th match in charge of the club.

Guardiola boasts a win percentage of 73 per cent through his first 299 matches with City, which is roughly in line with what he achieved at Barcelona and Bayern Munich.

Now into his sixth season at City, this is comfortably the longest Guardiola has spent a team in his managerial career.

Paris Saint-Germain and RB Leipzig were the sides to advance from that group, illustrating the challenge facing City this campaign.

Last season, it was the results away to Leipzig and Basaksehir that proved costly for United, with Ole Gunnar Solskjaer’s side losing both matches.

And when you have a side like PSG in your group, with an added Lionel Messi this season, it will be those results against the Bundesliga side that may prove decisive for Guardiola’s men this year.

Rodri is back the City team, of course, after he was left on the bench for the Champions League final, and before tonight’s match the midfielder revealed just how badly the defeated affected him.

“In my situation you have three s–t days where you cannot even talk to your family or friends,” he said.

Rodri also said that the experience will make City stronger this season: “In defeat you learn more than in victories. I don’t remember many players who in the first years do their best games and I think this club has been doing step by step every year.

“If we can look at ourselves and see that we can achieve a final our goal is to achieve another final. We have experience now and we have to keep going and keep working. We always need this little bit of luck. I’m pretty sure we’re going to do a great season again.”

So Kevin De Bruyne makes his first start of the season for Manchester City and first appearance since a 12-minute cameo off the bench in the defeat to Tottenham.

Zinchenko, Ake and Mahrez are the other changes, with Kyle Walker, Aymeric Laporte, Ilkay Gundogan and Gabriel Jesus making way following the 1-0 win over Leicester on Saturday.

There’s still no place for Raheem Sterling but Phil Foden is on the bench for the first time this season after returning from injury.

Leipzig make three changes with Forsberg, Adams and Klostermann coming in – while there’s no place in the starting eleven for Szoboszlai.

RB Leipzig are two seasons removed from reaching the semi-finals of the Champions League under Julian Nagelsmann – but it would be a stretch to suggest that they are the same side now.

Nagelsmann has left for Bayern Munich, first of all, taking with him Marcel Sabitzer and Dayot Upamecano. Ibrahima Konate also joined Liverpool for a hefty fee this summer.

But the Bundesliga side are canny operators in the transfer market and have added some interesting pieces as they look to regroup under former RB Salzburg coach Jesse Marsch.

Andre Silva has arrived following a 28-goal season for Eintracht Frankfurt, along with Ilaix Moriba from Barcelona. Hungary star Dominik Szoboszlai is set to make his first Champions League appearance for the club after arriving in January, while Dani Olmo and Christopher Nkunku remain from the semi-final team of 2019/20 and usually catch the eye.

A 4-1 home defeat to Bayern Munich on Saturday was a sobering reminder of the challenge that awaits them this season, however.

Guardiola also believes that last season’s final defeat will motivate his side to go step further this campaign.

“I’m pretty sure [of that]. The players have feelings and soul and you know it hurts when you cannot achieve,” he said.

“For them now it’s a new, new challenge to try. When these guys win three Premier Leagues in the last four years, and every year we have the feeling that we can do better – we reached the final of the Champions League – yes, it’s a motor. They want it.” 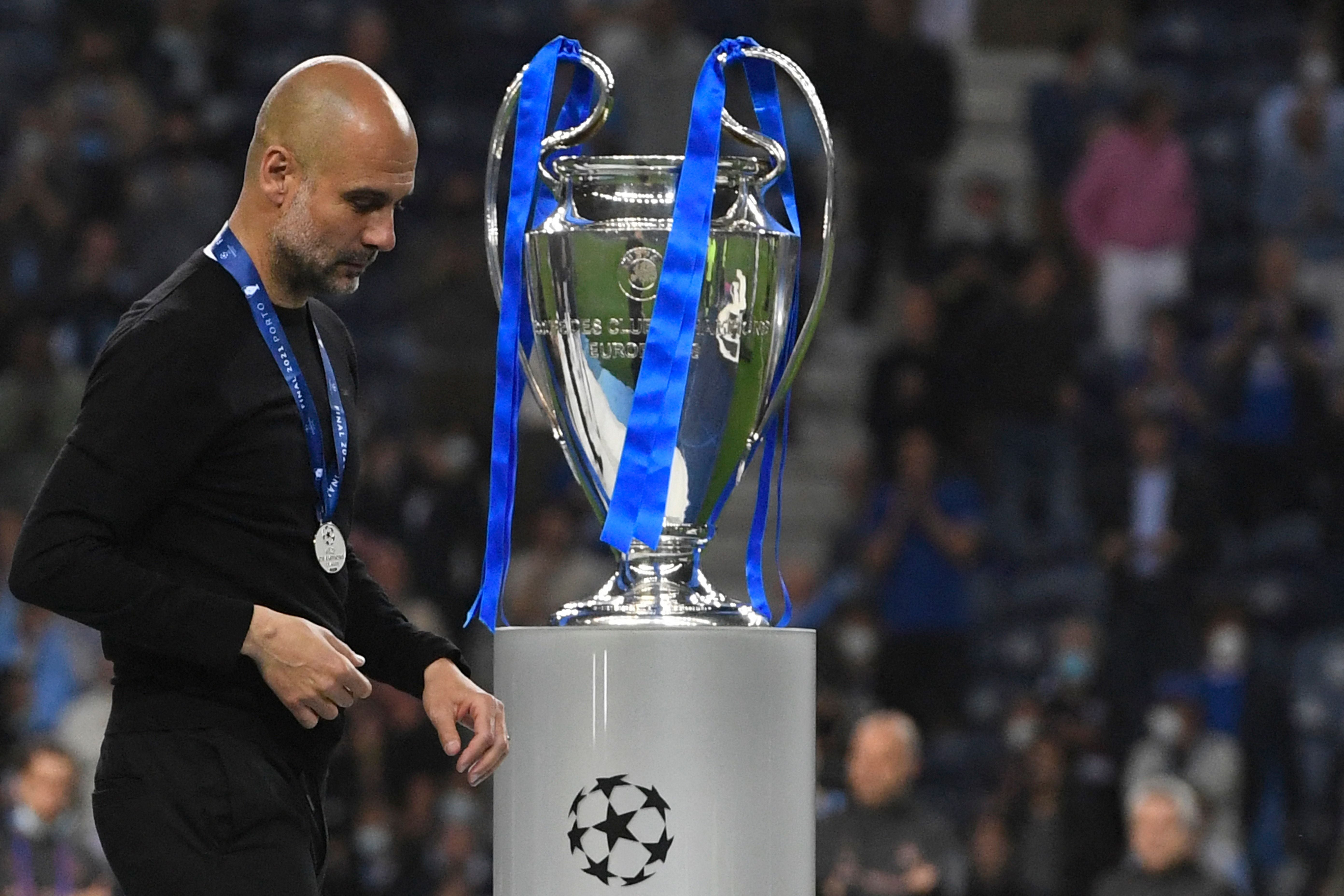 It has been 109 days since the Champions League final and Manchester City are ready to begin their latest bid to win European football’s ultimate prize.

Pep Guardiola’s side delivered another outstanding Premier League title but the Champions League is the prize that those at the Etihad desire the most.

Questions were asked of Guardiola after he started neither Fernandinho or Rodri against Chelsea, with Thomas Tuchel’s side holding on for a narrow 1-0 win.

“What happened in the past is the past,” Guardiola said ahead of tonight’s match. “We have experience – but that doesn’t mean it is going to be well for this season. It’s the start of a new competition.

“We’re fortunate to be involved. We try to win the first game of many. All group stages are difficult, this is not an exception.”