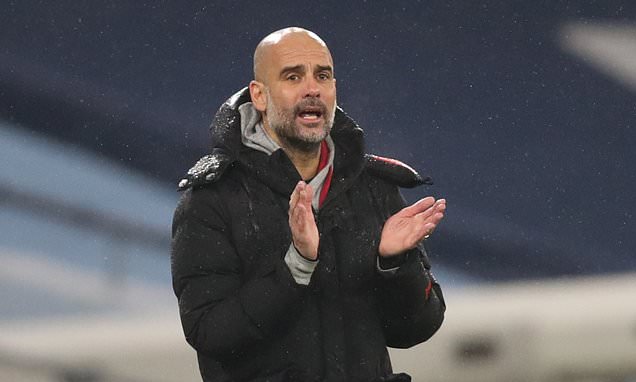 LIVE: Man City vs PSG – Kylian Mbappe only makes the BENCH, with Pep Guardiola’s side looking to press home 2-1 first-leg advantage and reach Champions League final for first time ever

Manchester City will be looking to secure their place in a first-ever Champions League final when they welcome Paris Saint-Germain to the Etihad Stadium on Tuesday.

Only twice have a team come back from a first leg home semi-final loss to progress.

Pochettino was in charge on one of those occasions, Tottenham turning around their clash with Ajax two years ago.

Last wee’s first leg in Paris was a game of two havles.

PSG dominant in the first, Neymar electric with Marquinhos’ header giving them the lead at the break.

Guardiola’s men looked a different team in the second with Kevin Druyne and Riyad Mahrez giving them two huge away goals.

Kylian Mbappe is only a subsitute due to a calf injury with Mauro Icardi starting in his place.

Manchester City make two changes from the side that won 2-1 in the first leg as Olexandr Zinchenko and Fernandinho come in for Joao Cancelo and Rodri.

And welcome to Sportsmail’s live coverage of Manchester City vs PSG.