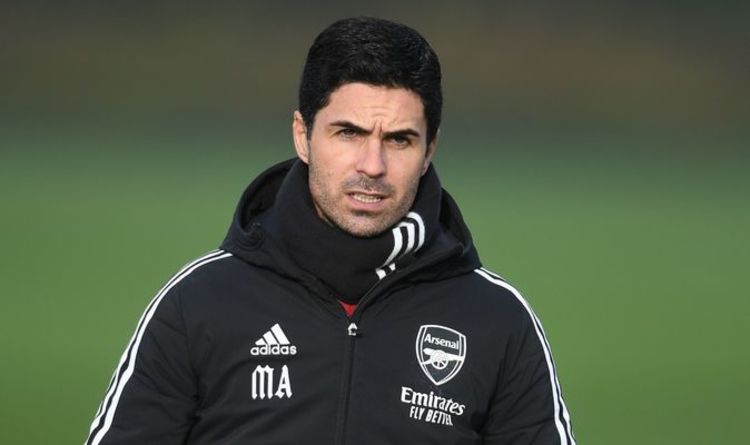 A lot has been made of who Arsenal need to sign in the January transfer window. The antics, and thus potential sale, of Pierre-Emerick Aubameyand matched with the departures of Alexandre Lacazette and Eddie Nketiah at the end of the season, many would assume signing a forward is the priority at the Emirates Stadium.

However, manager Mikel Arteta may also be leaving the club sooner than expected as his contract with the Gunners expires in 2023 and there have been no talks of an extension to date.

The Spaniard is starting to reap the benefits of his major rebuild in North London, with the Gunners currently sitting in fourth place in the Premier League.

The £150million overhaul in the summer has breathed a new lease of life into Arteta’s men, providing them with a lot more defensive stability which has, in turn, allowed the more creative players in the final third to thrive.

But despite only recently beginning to gain the faith of the Arsenal fanbase in his favour, Arteta could turn his back on those supporters after next season.

JUST IN: Arsenal have good news even if Carabao Cup semi-final vs Liverpool gets postponed

The £150million overhaul in the summer has breathed a new lease of life into Arteta’s men, providing them with a lot more defensive stability which has, in turn, allowed the more creative players in the final third to thrive.

But despite only recently beginning to gain the faith of the Arsenal fanbase in his favour, Arteta could turn his back on those supporters after next season.

According to The Athletic, Manchester City are keeping tabs on the 39-year-old’s contract situation as the dugout at the Etihad Stadium could become vacant in 2023 as well.

City boss Pep Guardiola has revealed that he will not be extending his stay with the league leaders and is keen to embark on a new managerial journey elsewhere.

The former Bayern Munich boss has won the Premier League title three times with the Cityzens but has failed to lift the Champions League whilst at their helm, though he will have high hopes of righting that wrong this season.

Crystal Palace’s Patrick Vieira is also thought to be a potential replacement for Guardiola, who has transformed the Eagles from a defensive-minded side to a free-flowing, attacking team.

After retiring from professional football, the former Everton midfielder opted to become a coach and work under Guardiola, becoming his assistant manager.

He was offered the opportunity to lead Arsenal’s academy by Arsene Wenger beforehand but instead chose to work under Guardiola, which then propelled him into the limelight before he replaced Unai Emery back at the Emirates.

City are reportedly big fans of Arteta and his previous experience at the club means that he is likely to be high on the shortlist of replacements, especially due to Arsenal’s lack of urgency in renewing the managers deal.

Earlier this season, after Arsenal had lost their first three games of the season and were sitting bottom of the league, Guardiola was quick to heap the praise on Arteta.

He told BT Sport: “Only I can say I work two, three years together. What I learn with him is a few times in my life I could learn many things. He’s above and beyond a good manager.

“The character, personality, the leading. He’s incredibly beloved by all of us, we were sad when he leaves.

“They become a better manager than myself. I am a big fan of him and if they trust him they will do a good job in Arsenal.”

It remains to be seen whether Arteta commits his future to his former club or decides to make the move that gave him his managerial platform if City do make a concrete approach.