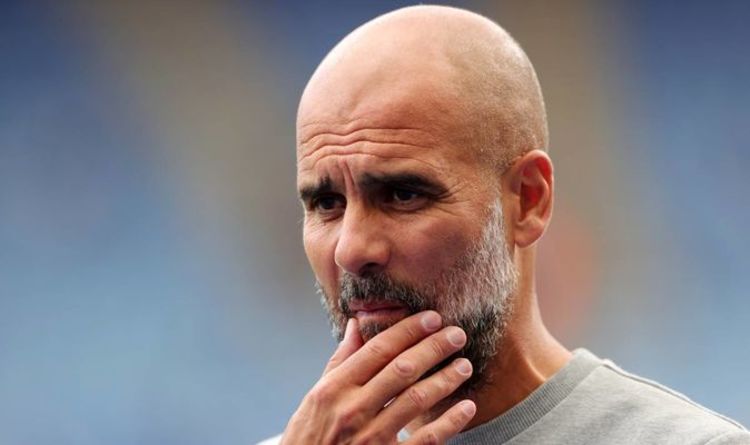 Manchester City are conjuring a plan to gatecrash Liverpool’s transfer pursuit of Borussia Dortmund star Jude Bellingham. The England international has shot to fame after a number of outstanding performances for club and country.

Liverpool might have to look over their shoulder in their pursuit of Jude Bellingham with Manchester City interested in the youngster too.

The 18-year-old has had an astonishing rise to fame since his move to Borussia Dortmund where he has become an England star.

Many have been blown away by the teenager’s maturity and ability on the ball and teams in the Premier League have taken notice.

Manchester United were desperate for a move last year while Chelsea are also keeping tabs on the midfielder.

But Liverpool are the favourites to sign the teenager, who rates Reds legend Steven Gerrard as his biggest hero in football.

They are prepared to fork out £80m for his services and are ready to make their interest official next summer.

Jurgen Klopp is a huge fan of the midfield ace and wants him to bolster that area of the pitch after losing Georginio Wijnaldum to Paris Saint-Germain this year.

But according to the Daily Star, they will have to fend off City in a battle to sign Bellingham.

They report that Pep Guardiola has his own plans for the former Birmingham star and see him as the long-term successor to Fernandinho.

The Brazilian is now 36 and has looks set to leave at the end of the season when his contract expires in what has been an incredible career at the Etihad.

But the Premier League champions do not want to waste time finding a replacement with Bellingham already the top target.

That will come as a huge blow to Liverpool, who will not be able to match City’s transfer fee or wages should a bidding war break out.