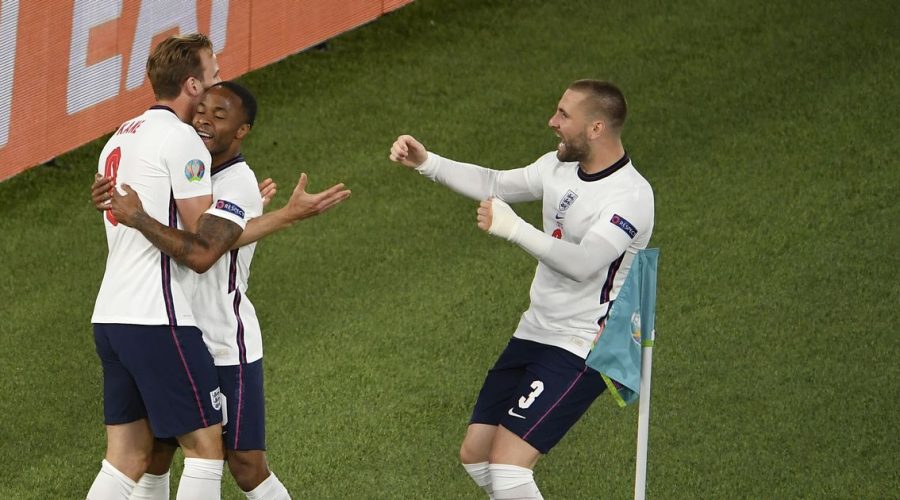 Manchester City fans were left fantasising about a potential Raheem Sterling and Harry Kane partnership after the pair combined for England's opening goal in their 4-0 rout of Ukraine in the last-eight clash at Euro 2020.

Sterling continued his fine vein of form, having already bagged three goals thus far this tournament, the City star turned provider as he found Kane with a delightful pass before the England skipper lashed home inside the opening exchanges.

The early strike marked the tenth time the duo have combined to score a goal for England, making them one of the most potent partnerships at international level.

Kane has long been touted with a move to Man City after telling the Tottenham hierarchy he wishes to leave the club this summer in search of trophies.

City have won three of the last four Premier League titles and have reportedly made a £100m proposal for the striker, which was swiftly rejected by Spurs chairman Daniel Levy.

The performances of both last night were enough to set social media alight with Man City fans, one writing: "If City do manage to acquire Kane it’ll be a madness because him and Sterling have found their chemistry when it comes to goal scoring in."

Another City fan quipped: "Kane and Sterling getting used to playing with each other as they will be for Man City's 2021/2022 Premier League season."

England's second and fourth goals stemmed from set-pieces, but both Kane and Sterling played a huge part in the Three Lions third goal of the evening.

A delightful backheeled pass from Sterling found Luke Shaw, whose pinpoint cross was met by the head of Kane to put the game beyond any doubt.

Kane's brace on the night ensures he draws level with his potential future club teammate Sterling on three goals this tournament, the pair joint top-scorers for Southgate's side.