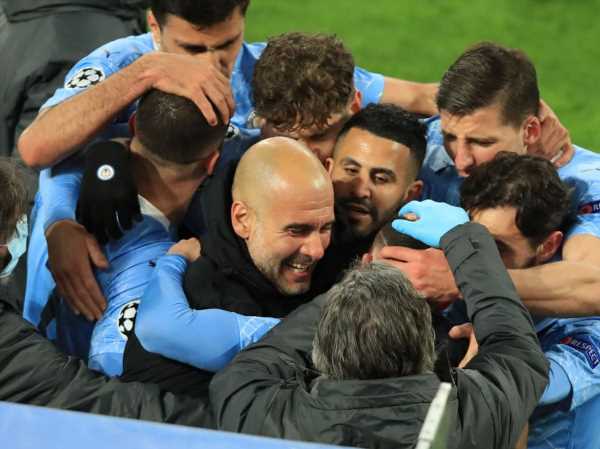 The celebration said much more than the scoreline. After the brilliant Phil Foden thundered in the strike that ensured Manchester City were going to the Champions League semi-finals for the first time since 2016, there was only one place he was going in the moment. That was straight to Pep Guardiola, with their embrace quickly engulfed by the rest of the team.

You could see the elation, and the relief. There was a lot coming out in that moment. That illustrated something about this victory for City. It wasn’t really a battle against Borussia Dortmund, since it ended up a victory as the Bundesliga club’s faltering domestic season suggested. It was a battle against themselves, and their own complex with this competition.

It is why the manner of this could be hugely significant, as the difficulty of the games only escalates. City broke through more than one mental block.

There was an excruciatingly extended period in this game, after all, when it looked like a deep psychodrama was developing. For so long, it felt like the goal they required was imminent, but the longer they went without one the more that feeling gave way to the worry it would never come. Dortmund’s defenders gradually began to feel like some great Italian backline. City seemed to be having another of those nights, to add to Guardiola’s litany of failures in the competition he prizes above all others.

You could see it on the line. He was frantic for the first time in a long time. That was also seeping into City’s play, as even Kevin De Bruyne was trying more speculative attempts from distance. Ilkay Gundogan later described it as “scary”. They’d had their fright, though. The lesser quality of Dortmund was ultimately revealed.

That’s the kind of thing that happens when the pressure increases, and the margin for error decreases. The better players hold their nerve. Emre Can inexplicably held out his arm, and gifted City a reprieve. Many might say that was lucky, but there hasn’t been a Champions League winner in history that has not benefited from fortune.

City can still see themselves as potential champions, too, because they maximised that fortune. Riyad Mahrez held his own nerve. That was a huge moment, the significance and pressure only amplified by the wait for the decision. Many would have been thinking of Mahrez’s skied penalty against Liverpool, and the club’s recent poor record from the spot. The wonder is whether it was going through the Algerian’s own mind.

It was still set up for failure. Mahrez only sent them on their way to the semi-finals. The penalty was perfect, and exactly what City needed. Again, that could be seen in the celebration.

The effect could also be seen in the subsequent play. City were transformed. They were finally showing what this tie should have been. They were asserting their superior quality, just passing their way through and around Dortmund with confident possession. They just had to get over their own issues. 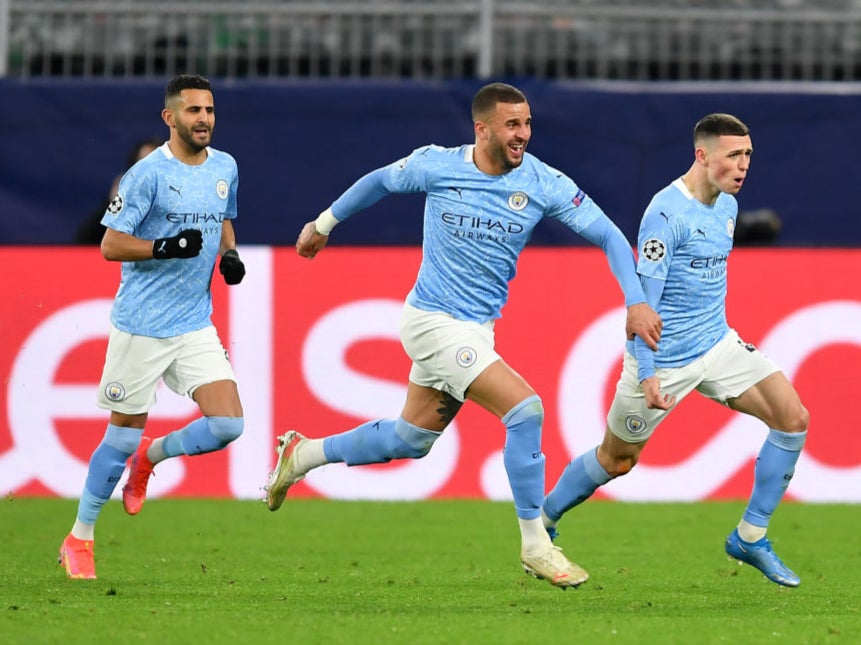 Winning that internal battle will now give way to a semi-final that will reach a scale no previous club tie in history has.

Abu Dhabi’s Manchester City will play Qatar’s Paris Saint-Germain for the first time since the Gulf blockade. That will take sportswashing to new levels, since the hierarchies of both countries will be all too aware of the symbolism of this fixture – and the significance of victory. They will be watching keenly.

It is not exactly one for the romantic, although it is where European football has been headed for some time. Part of the delay is because of the two clubs’ troubles in the Champions League, where a certain complex about the competition seemed to be some poetic cost of the most lavish takeovers in the game’s history.

Both have now banished a lot of those issues, and some internal battles. Guardiola has made the semi-finals for the first time since arriving at the club. The celebration indicated that was no mere detail, that it was going pretty deep. It will bring a semi-final of unprecedented – and some unseemly – dimensions.