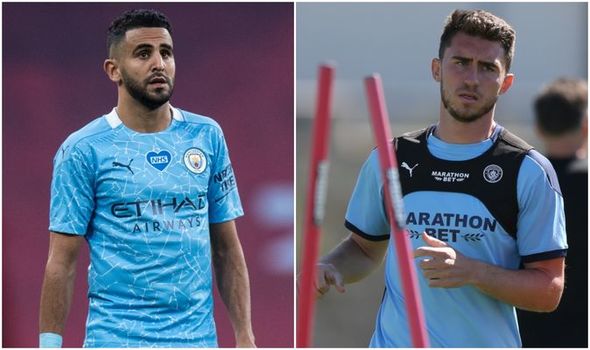 Riyad Mahrez and Aymeric Laporte both insist they are feeling fine after the Manchester City duo tested positive for coronavirus ahead of the new Premier League season, which gets underway this weekend. City do not play until Monday September 21, however.

City have confirmed that neither of the two are showing symptoms and that they will now go into a period of self-isolation before they can return to training.

A statement read: “Manchester City FC can confirm that Riyad Mahrez and Aymeric Laporte have tested positive for Covid-19.

“Both players are currently observing a period of self-isolation in accordance with Premier League and UK Government protocol on quarantine.

“Neither is displaying symptoms of the virus. Everyone at the Club wishes Riyad and Aymeric a speedy recovery ahead of their return to training and the new season.” 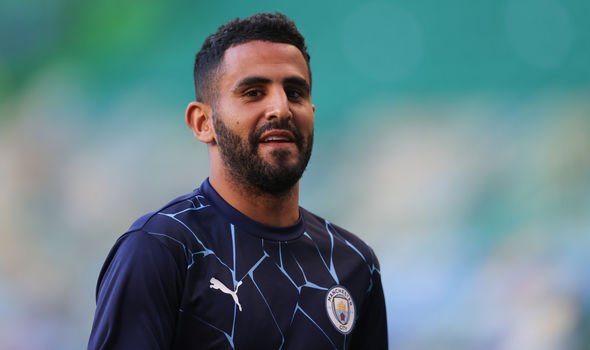 City kickstart their Premier League season a week later than most of their rivals due to their involvement in the Champions League just last month.

And that means Mahrez and Laporte have not yet been officially ruled out of their top-flight opener, which comes against Wolves at Molineux on Monday 21 September (8pm kick-off, live on Sky Sports).

Algerian attacker Mahrez took to social media to assure fans that he remains healthy despite picking up the virus.

He said: “Thank you for all the nice messages, I’m good. Stay safe everyone take care of you.”

While French centre-back Laporte also said: “Thank you all for your messages, everything is going as well as possible, I am [following] the protocol for the next few days and I come back soon take care of you.”

The two are not the only Premier League players to test positive for COVID-19 recently, with 14 players across 12 clubs testing positive last month after returning from their summer holidays. 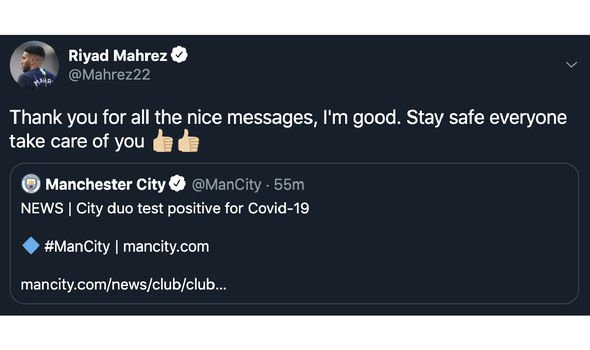 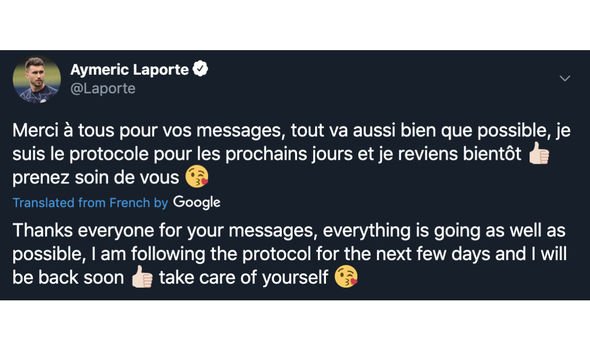 New Liverpool left-back Kostas Tsimikas was left out of Greece’s clashes with Slovenia and Kosovo last week after contracting the illness.

Tsimikas is unlikely to be available for the Reds’ clash with newly-promoted Leeds United on Saturday 12 September (5.30pm kick-off, live on Sky Sports) as a result.

Manchester United midfielder Paul Pogba also tested positive for coronavirus and had to drop out of the France squad for their Nations League double-header.

The 27-year-old should however be cleared to return for United’s first top-flight match against Crystal Palace on Saturday 19 September (5.30pm kick-off, live on Sky Sports).

It has meanwhile been suggested that squad outbreaks of COVID-19 will not see matches delayed in the 2020-21 campaign.

The new Premier League season is expected to be chaotic given it is already a month shorter than usual ahead of next summer’s rescheduled Euros. 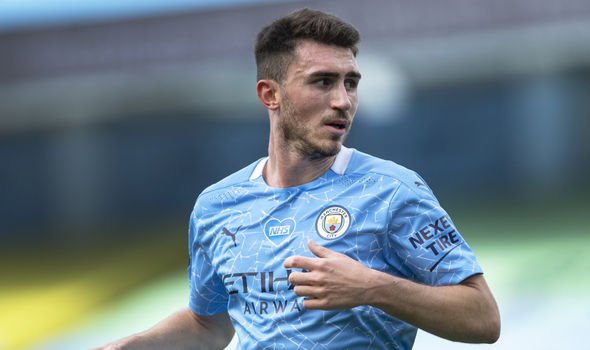 That means the league can ill afford further delays, as a fixture pile-up would create havoc towards the end of the campaign given there are very few free midweeks between now and May.

And the Daily Mail claim that should the worst happen and a club see their first-team squad hit by a raft of positive tests, they will have requests to postpone games rejected unless they have less than 14 players fit.

Teams will be asked to utilise their under-21 squads to ensure they have enough players available and any player that has played as little as a minute of Premier League football will be regarded as an option for the senior team.

While a back-stop date of August 15 has been set to finish the new season, running into the summer would create a multitude of problems given UEFA’s intention to stage the Euros, which had to be rescheduled earlier this year.