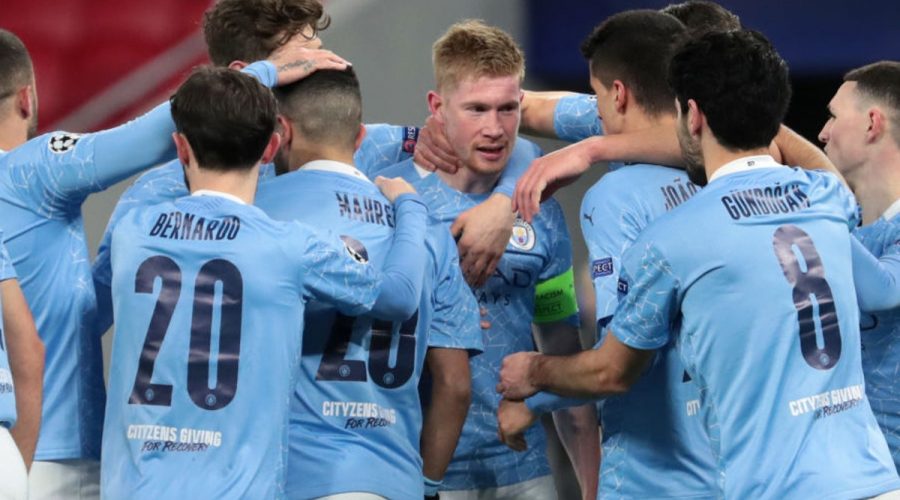 Manchester City and Pep Guardiola are into the Champions League quarter-finals and this time, maybe they will finally go one step further. They could even go all the way, on this evidence, but that will require them to overcome far greater obstacles than a Borussia Monchengladbach side who were beaten with plenty to spare.

Kevin De Bruyne and Ilkay Gundogan’s goals on the neutral turf of Budapest’s Puskas Arena settled the tie inside the opening 18 minutes, establishing a healthy 4-0 lead on aggregate to ensure that City will be in Friday’s draw for the last eight, the stage at which they have been eliminated in each of the last three seasons.

Progression was never in doubt. City’s ‘away’ goals on the same ground three weeks ago gave Gladbach a mountain to climb. They failed to even reach base camp. The out-of-sorts Bundesliga side came into this on a run of six straight defeats, which coincided perfectly with the news that head coach Marco Rose will join Borussia Dortmund next season.

Rose is one of European football’s brightest coaching talents but he admitted that it would be “more than extraordinary” if he managed to mastermind a turnaround against a Guardiola side playing “total football”. He was right. From front to back, City’s control over this tie was absolute. It is now 11 hours and 36 minutes since they last conceded in this competition.

Can anyone stop them from here? We have asked that before, in fairness. Liverpool and Tottenham denied Guardiola’s two similarly imperious and Premier League title-winning sides, while Olympique Lyonnais were City’s conquerors last year when it appeared as though the draw had opened up for them. 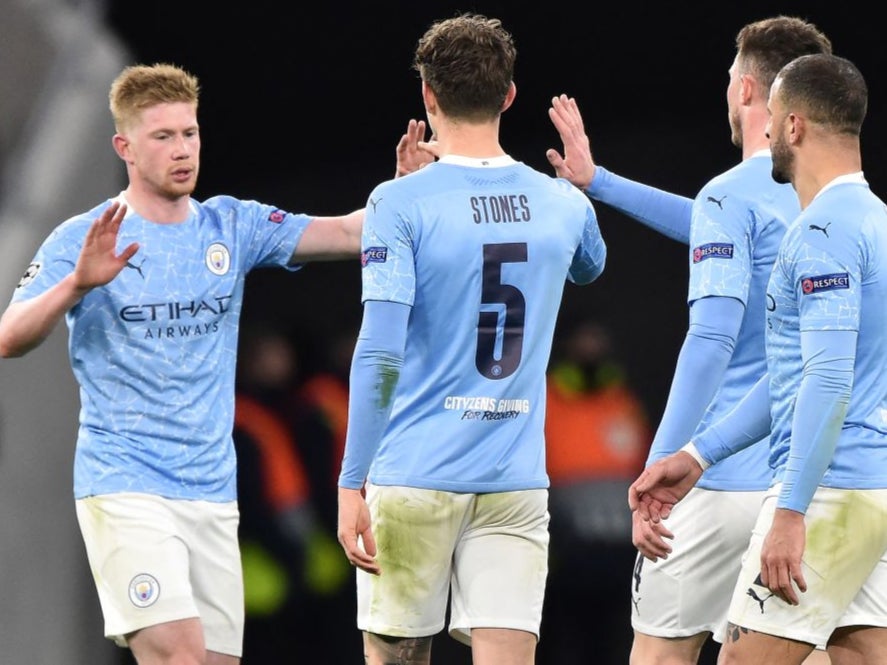 Yet when they reduce a two-legged tie against a talented if out-of-sorts side like Gladbach to a mere formality, it is easy to see why they are considered the favourites. And in any case, if their recent history in this competition under Guardiola has taught us anything, it is that they are their own greatest enemies.

There was none of the usual knock-out stage self-sabotage or over-thinking in Guardiola’s starting line-up but, for the third consecutive game, there was no Raheem Sterling either. Sergio Aguero and Gabriel Jesus joined him among the substitutes with a fluid front three of Bernardo Silva, Riyad Mahrez and Phil Foden taking turns in the false nine role.

Such is the talent at Guardiola’s disposal that every combination is a menacing proposition and it did not take long for City to establish their superiority. De Bruyne has suffered something of an underwhelming goal-scoring season until two against Southampton a week ago. His breakthrough here was easily the finest of the six he has scored in all competitions this term.

After exquisitely spinning away from Gladbach’s captain Lars Stindl, Mahrez picked his head up and squared the ball across the edge of the penalty area to De Bruyne. It was travelling onto his left, his unnatural side, but that did not diminish the power or authority of the strike, which rose out of goalkeeper Yann Sommer’s reach before crashing into the top left-hand off the underside of the crossbar.

It is scary to think how much more dangerous City might be in these final months of the season now that De Bruyne is scoring again. Guardiola already has so many routes to goal, so many talents capable of conjuring something out of nothing. Yet if the first of the night was an example of City’s brute force, the second showcased their artistic majesty and technical incision.

Foden continues to delight. Taking a John Stones pass on the turn inside his own half, he easily spun away from a sliding tackle by Florian Neuhaus. The Gladbach midfielder held out his hands in exasperation as he watched Foden glide away from two of his team-mates then slip a sublime pass through the defensive line for Gundogan to pick up inside the penalty area. A first-time, side-footed finish beat Sommer.

Guardiola smiled and held a thumbs up on the touchline. This was already over as a contest and he knew it, with the remaining 70 minutes played at a leisurely pace. Gundogan, Ruben Dias, Joao Cancelo and others deserving of a rest were replaced. Guardiola needed no invitation to use all five permitted substitutions and save his players’ legs for greater challenges to come. It is time to take that next step.