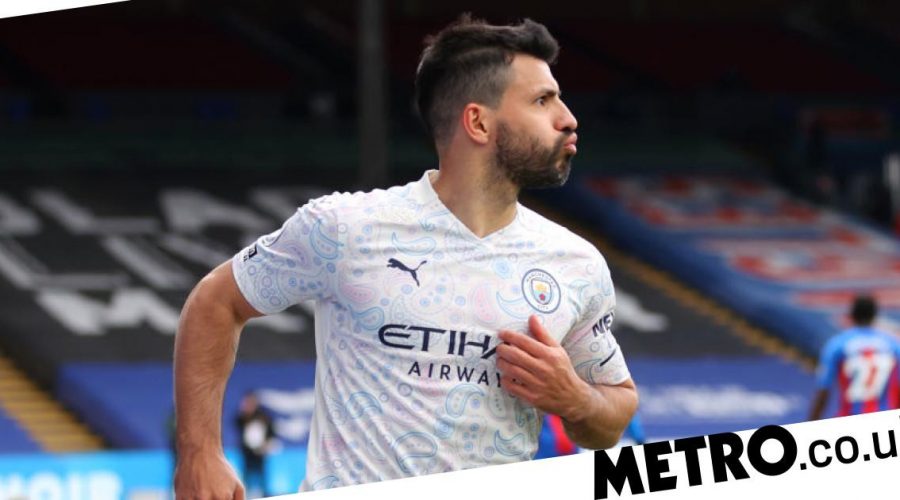 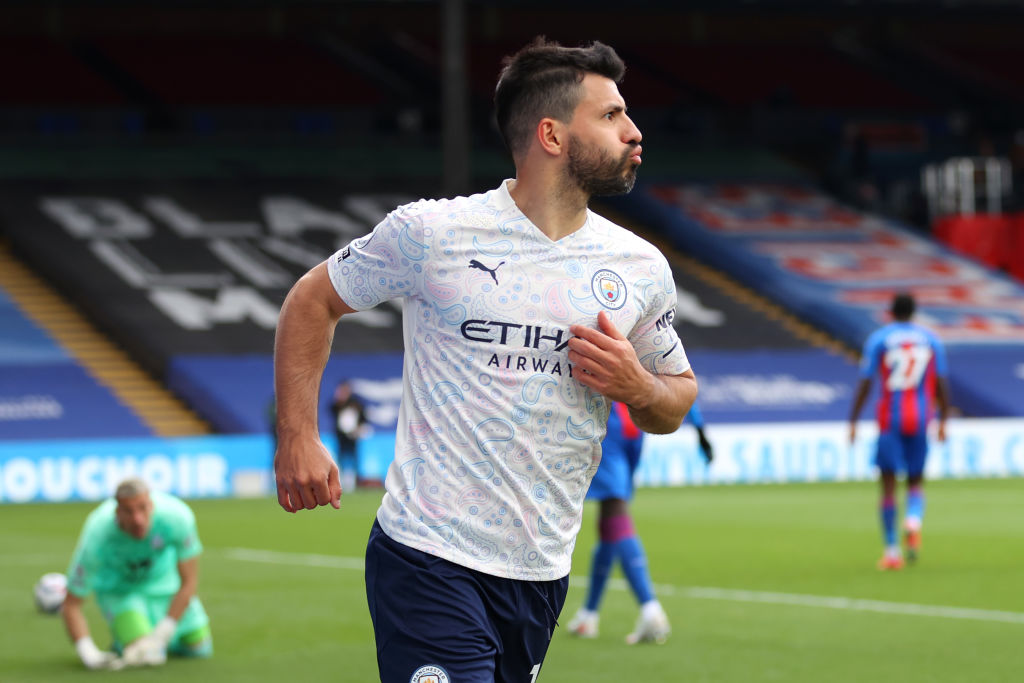 Manchester City moved to within touching distance of a fifth Premier League title in 10 years following a 2-0 win over Crystal Palace at Selhurst Park.

Second-half goals from Sergio Aguero and Ferran Torres helped Pep Guardiola’s side collect another three points and a victory for outgoing champions Liverpool against Manchester United on Sunday would confirm another title for City.

Should Ole Gunnar Solskajer’s men avoid defeat against their fierce rivals, who are desperately attempting to keep alive their top four hopes, then City will have to wait until next weekend’s fixture against their potential Champions League final opponents, Chelsea, to confirm what has seemed inevitable for months.

After their landmark win in Paris in midweek, Guardiola made seven changes for the trip to south east London and the champions-elect, understandably, lacked their usual fluency in the first-half.

Raheem Sterling and Torres missed presentable opportunities, but Palace largely coped with everything City could throw at them in the opening 45 minutes.

The deadlock was broken, however, shortly before the hour mark when Aguero rolled back the years, instantly controlling Benjamin Mendy’s driven cross and belting the ball beyond Vicente Guaita on the half-volley.

And a 26th Premier League victory of the campaign was confirmed just 84 seconds later when Sterling’s pass inadvertently fell perfectly for Torres on the edge of the penalty area and the Spaniard curled a low shot beyond the helpless Guaita.

Speaking after the game, Aguero, who is set to leave City in the summer, hopes his current club receive a favour tomorrow and wrap up another title success at the earliest possible opportunity.

‘Finally I could play, I’m so happy,’ said the 33-year-old who has been reduced to a bit-part role until now due to injury. ‘It was a long time that I hadn’t played 90 minutes. The goal was good because maybe we can win the Premier League.

May 1, 2021 Soccer Comments Off on Man City close in on Premier League title ahead of Man Utd vs Liverpool
NFL News