Manchester City’s Centurions are statistically the best Premier League team over the course of an entire season. But, their exemplary records could be shattered this season by Jurgen Klopp and Liverpool.

Pep Guardiola’s team broke nine records on their way to the Premier League title during the 2017-2018 season.

They achieved the most points, most goals, most wins, and largest goal difference, as well as many more.

Most notably, the team were the first in the Premier League era to gain 100 points from a single season.

But, Liverpool are likely to beat that points total this season, having won all of their matches bar one in the league. 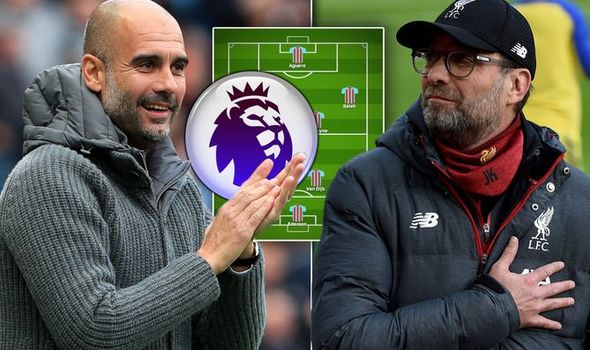 Liverpool need just eight more wins from their remaining 13 matches to beat City’s record of 32 wins in a season.

Another 28 points would see them surpass the Centurions’ points total.

The Reds also need to improve their goal difference by 35 to beat City’s incredible total of plus 79.

But, how would a combined XI look, made up of players from both teams?

Ederson has been selected in the Express Sport combined XI, although they’re largely interchangeable.

Alisson has also missed eight Premier League matches this season through injury and suspension, while Ederson featured in all but two of City’s 100-point season.

Liverpool’s team largely make up the back four, however. Trent Alexander-Arnold is chosen ahead of Kyle Walker, after already recording 10 assists.

Andrew Robertson gets into the team, as injuries to Benjamin Mendy and Fabian Delph hampered City’s season.

Virgil van Dijk is a certainty in the team, as well as Nicolas Otamendi, who perfected playing passes through the opposition midfield during the campaign. 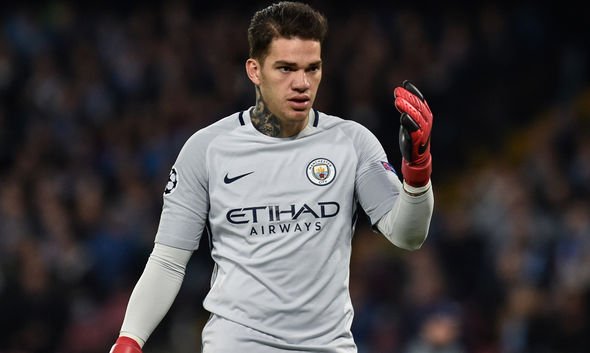 Fernandinho edges out Fabinho in the holding midfield role.

The final midfield place is handed to El Mago, David Silva, who was handed the captain’s armband for the first time during the season.

Despite some off-field problems at home, the Spaniard walked back into the team, and even scored nine goals. 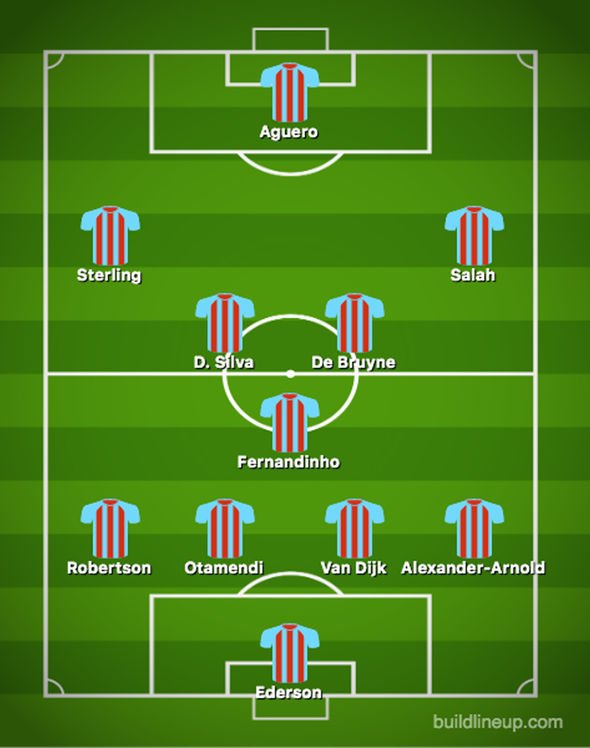 The front three is made up of two City stars, and one from Liverpool.

Mohamed Salah was up against Bernardo Silva on the right-hand side, and despite the Portugal international’s terrific season, Salah gets the nod when comparing goals stats.

Raheem Sterling is chosen ahead of Sadio Mane, after recording his best season to date. Sterling had a hand in a league goal every 79 minutes, while Mane was every 94 minutes.

Roberto Firming misses out to Sergio Aguero, who scored a huge 21 goals during the Centurions’ season.