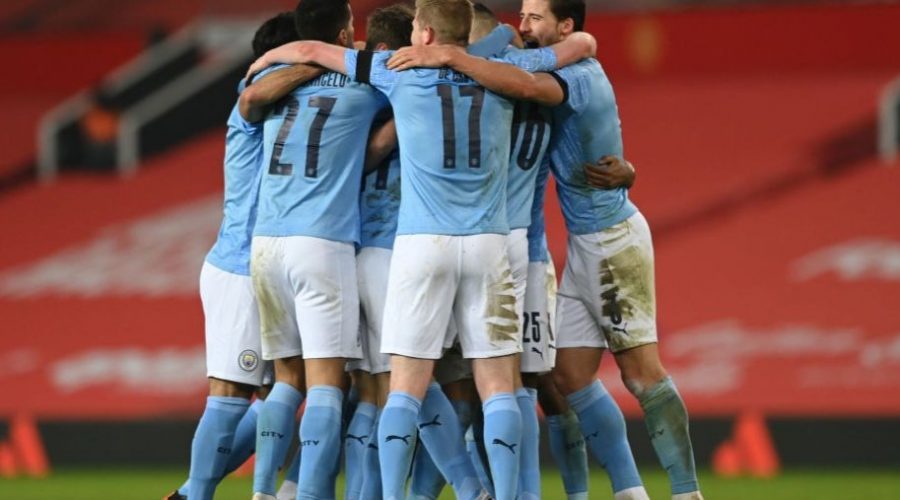 Gary Neville believes Pep Guardiola has rediscovered his “spark” with Manchester City “back to their best” after defeating Manchester United in their Carabao Cup semi-final.

City thrashed Chelsea last weekend and secured their place in the Carabao Cup final against Tottenham after John Stones and Fernandinho scored at Old Trafford on Wednesday night.

And Neville believes City have rediscovered their best form to emerge as title contenders once more.

“City, over the 90 minutes, looked like they are back to their best or near to their best,” Neville said on The Gary Neville Podcast.

“The way they started the game, the rhythm in the passing was back. Pep Guardiola looked like he had his spark back on the touchline.

“I said a few weeks ago, watching City, it was almost as if the players had become bored of playing really well and achieving the standards they had achieved previously.

“But I imagine since Sunday, Pep Guardiola has said to them, ‘do you not enjoy playing football more like that than you have in the last few weeks?’

“They were absolutely sensational against Chelsea for 25 minutes, they cut them open. Their passing was so precise, sharp, quick, you cannot live with it. You cannot get anywhere near it and there were periods in that first half where City were brilliant.

January 7, 2021 Soccer Comments Off on Man City are ‘back to their best’ and Liverpool’s main title competition, claims Gary Neville
NFL News