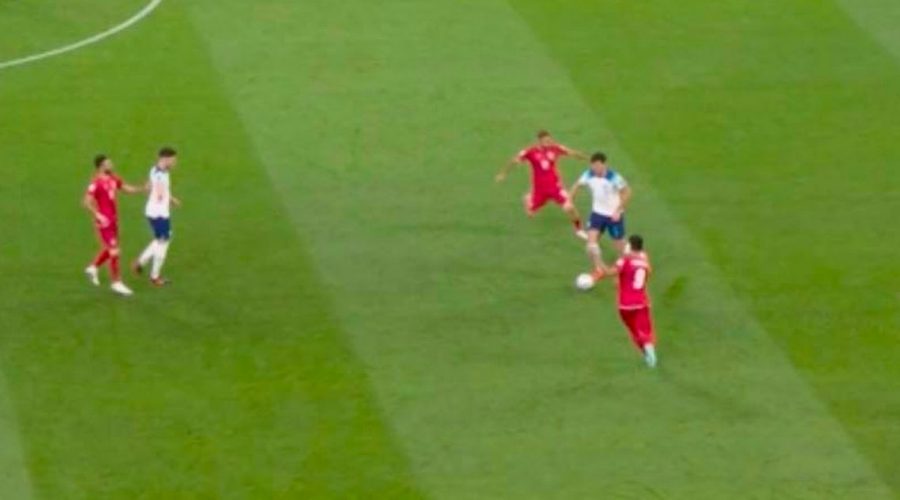 Arsenal star Bukayo Saka stole the show with two goals either side of half-time, but Maguire's impressive showing certainly didn't go unnoticed by fans on social media. The Manchester United man looked composed throughout at centre half alongside John Stones as the Three Lions ran riot in their World Cup opener.

Gareth Southgate chose not to listen to critics who wanted Maguire dropped owing to his lack of game time at Old Trafford. And he was rewarded in spades as the defender put in an assured performance.

As well as barely putting a foot wrong defensively, Maguire also showed his usual stylishness on the ball to help England remain calm on the rare occasions Iran came forward.

And his performance received plenty of plaudits on social media, where England fans compared him to Italy legend Paolo Maldini as they dreamed of football finally coming home.

Is Southgate right to start Maguire? Let us know in the comments section below

One person said: "Harry Maguire becoming Prime Maldini at an International tournament is a given what is this blud on." Someone else wrote: "Maguire playing like Prime Maldini. Loves an England shirt."

A third user wrote: "Maguire is prime Maldini when he dons the Three Lions." As another fan chimed in with: "F***ing hell it’s coming home. Bellingham is the man. Saka rightfully in this team. Maguire never a let down in the England shirt."

Others commented: "Maguire playing like Maldini we’re winning it all." And: "This is really a Gareth Southgate masterclass – sorry to have doubted you Maguire. England's Maldini."

However, Maguire's game didn't finish quite as planned after he was forced off following a concussion check. The star looked groggy as he departed the field.

BBC commentator Jermaine Jenas said: "Hopefully a sensible decision will be made because Harry Maguire doesn't look right. You can just see it in his eyes.

"For Maguire to perform how he did, especially in the first half, attacking in both boxes. He can be proud and hold his head high. It's a good step in the right direction."