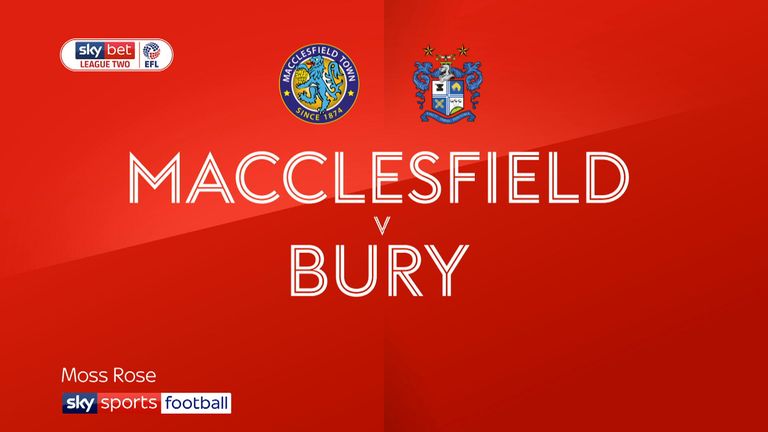 Bury heaped further misery on Macclesfield as they strolled to a 4-1 win at League Two’s bottom team.

Bury had threatened to run away with it and the lead would have been greater had Dom Telford’s thunderous first-minute effort not crashed off the underside of Rhys Taylor’s crossbar and out to safety.

Scott Wilson blew a terrific chance for the hosts in the second half, blazing over from six yards.

And Bury made them pay as they added a fourth on the hour mark, Nicky Maynard turning in Callum McFadzean’s low ball from the left wing.

That was that for the game as a contest with the struggling Silkmen, who remain rooted to bottom spot, unable to muster any meaningful response.