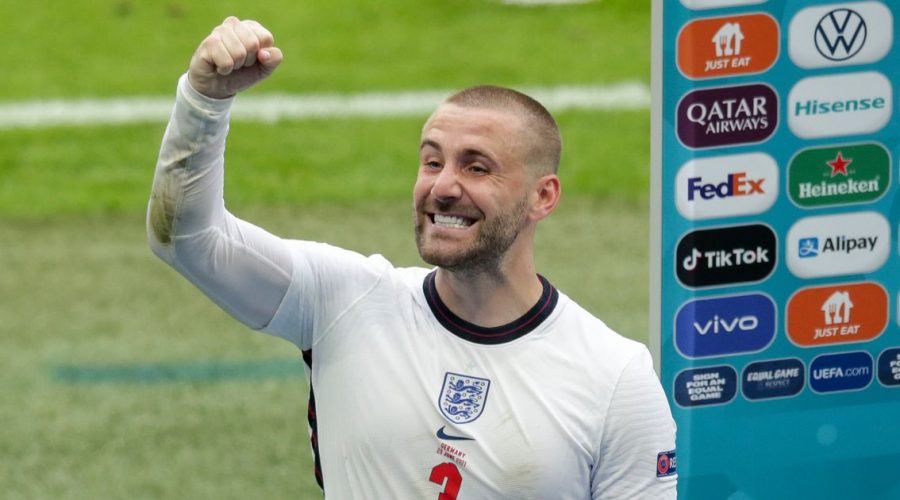 Brazil legend Roberto Carlos has backed Luke Shaw to become one of the best left-backs in the world.

Manchester United ace Shaw has been one of England's stand out performers in their incredible run to the Euro 2020 semi-finals.

Shaw has been a revelation to cement his place in Gareth Southgate's side following a long time in the international wilderness.

The defender, who has helped the Three Lions keep five consecutive clean sheets, will line up against Denmark at Wembley on Wednesday when Southgate looks to lead his side to their first final of a major tournament since the 1966 World Cup.

Carlos, who won 125 caps for Brazil and helped them win the World Cup in 2002, reckons Shaw is rapidly turning into one of the best in the business in his position.

He said: "You can see he's very motivated. He's really improving, his performance against Ukraine was very good.

"He's been an important part of this English team, along with all the others. He's been improving each game and I think he's got everything to get to the top. He's the left-back for England, that in itself says a lot.

"I don't like comparing. It's two completely different periods in football. I had my time and now he's having his, but the similarities I think could be that he has strength and the desire to win, just like I did."

Shaw has previously spoken about being likened to Carlos and how his friends joke around about it.

"I'll be honest I've seen some things on it on social media and sometimes in my group chats my mates send me some stuff and I just laugh about it," he said.

"I can't be compared to him, he was unbelievable. I'm aware of it and it's nice to be even mentioned alongside his name, but I just laugh about it."