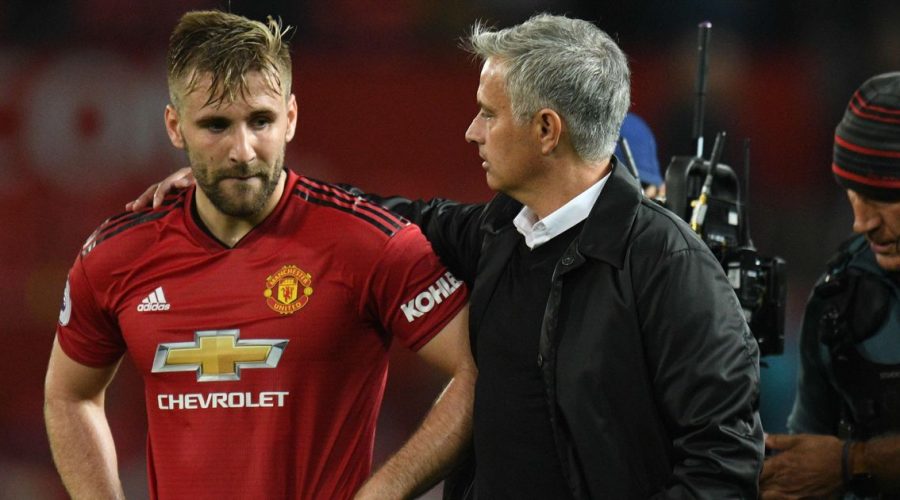 Luke Shaw has launched a blistering attack on Jose Mourinho and accused him trying to ruin his career.

Shaw has been left seething after Mourinho criticised his performance during England's 1-0 win over Czech Republic in the Euros.

Mourinho described Shaw as 'dramatically bad' and called on Gareth Southgate to take him off corner duties.

But Shaw has hit back at his former Manchester United boss by labelling Mourinho a has been who is obsessed with slagging him off all the time.

Shaw hated playing under Mourinho at United and the pair fell out numerous times.

England ace Shaw has told Mourinho to get over himself, move on and stop attacking him. Shaw said: "I don't know why he is still going on and wanting to point at me. I am use to him saying negative stuff about me now, so I just pass it by. I leave it be, I ignore it.

"His voice is obviously very big. He likes to talk a lot about me, as everyone has seen recently. But his voice is his own. He can say what he wants. I will focus on myself.

"He likes some players, he doesn’t like others. I think I fell into the category where he didn't like me. I tried as hard as I could to get back on to his side but it never worked out, no matter what I did.

"There is no hiding that we didn't get on. I think he was a brilliant manager but, you know, the past is the past. It is time to move on. I am trying to move on but, obviously, he can't.

"He continuously talks about me, which I find quite strange. Even some of the lads have said "what's his problem?" and "why does he keep talking?"

"He just needs to move on. Hopefully he can find his peace with that and finally move and stop worrying about me. Clearly I am in his head a lot.

"I don't think any of you realise the two or three years I had with him and how bad it was then, what it was like. What he says now is nothing compared to how it used to be. I am being totally honest. I am so past it now. I have grown up a lot."