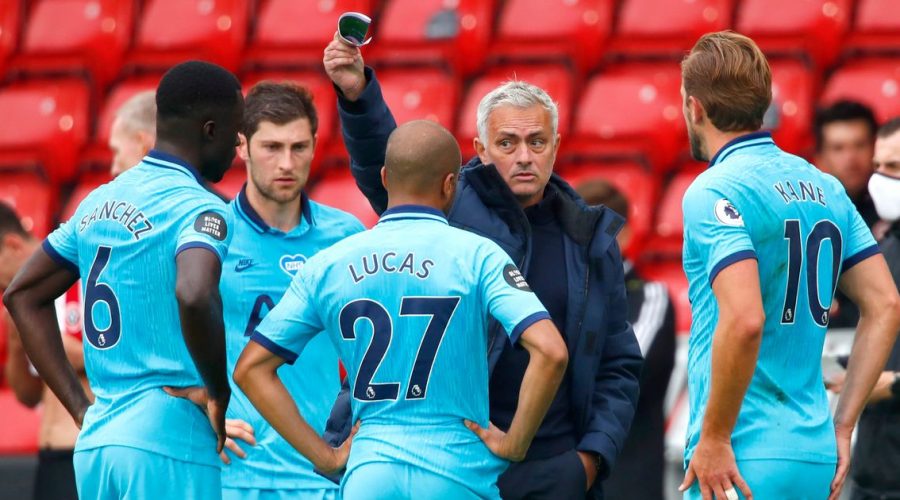 Lucas Moura says Tottenham have stopped parking the bus – because attack is their best form of defence.

The Spurs forward claims his side’s revival is down to Jose Mourinho letting his free-scoring side do what they do best.

Tottenham warmed up for Dinamo Zagreb this Thursday by thrashing Crystal Palace 4-1 – the third time in four games they have scored four times in a match.

Mourinho’s men have also now scored 100 goals in all competitions this season.

That is more than any other team in England and a far cry from a January run of three straight defeats when they only scored once.

Asked whether Spurs are at their best when they attack, Moura said: “Yes of course. For me, we have unbelievable players, we have creative players.

“We need to keep the ball to dictate games. The most important thing is we make use of these players in every game.

“We have so much quality and if we keep the ball and attack we lessen the risk of teams coming at us and they can win the game for us.”

Spurs have put themselves right back in the race for the top four with a run of three wins in a row.

Brazil winger Moura said: “I think the main thing was the mentality because we just needed to have the belief in ourselves.

“We needed to know how good we are because we have terrific players, a very good squad and the quality in the Premier League to win games.

“When we realise that and we have confidence we are able to dominate games.”

Mourinho has made Moura central to his attacking plans – by playing him as a No 10.

And it paid off against Palace as the Samba star helped set up the opener as Gareth Bale and Harry Kane both scored twice.

Moura said: “I feel very comfortable in that position. When I was younger, I always played as a No.10 and I like that position because I feel free.

“I can run from left to right, I can play in the middle, I can touch more balls, I can create situations for the strikers.

“So I like that position and I'm happy with the confidence that Jose has given me. I just have to give my best and keep going in the same way.

“It's a big, big pleasure for me to play with these players. We need to think step by step, game by game.

“But if we play like this, of course we can finish in the top four. We can achieve this objective.”