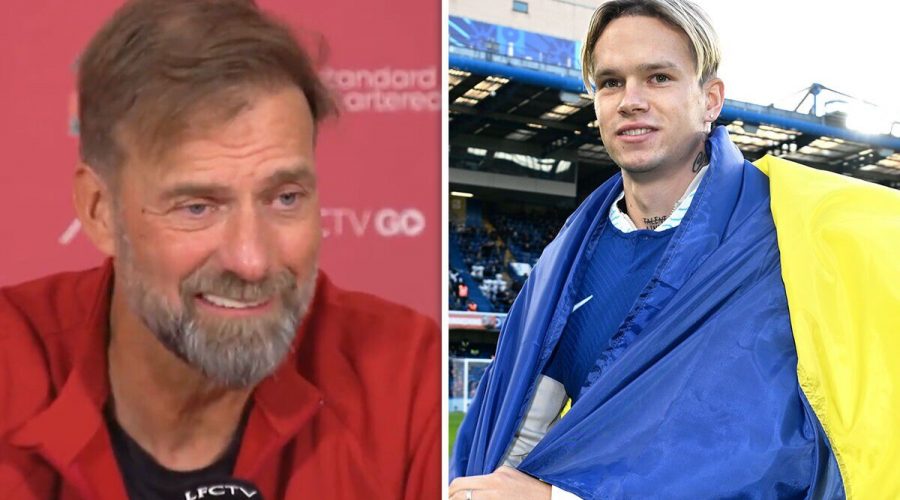 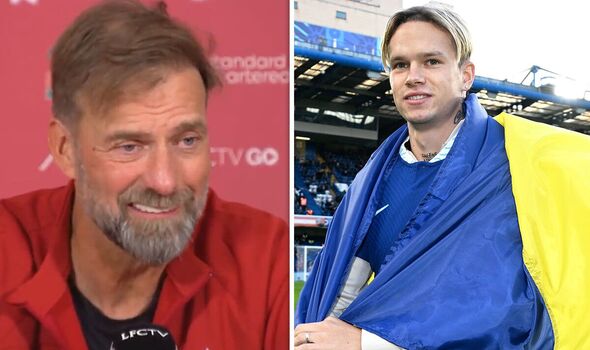 Liverpool boss Jurgen Klopp has given his verdict on Chelsea’s signing of Mykhaylo Mudryk. The German doubts the Blues will be able to keep up their mega spending in the transfer market after surpassing £400million on new players in two windows.

Mudryk became Chelsea’s fifth signing in January last weekend. He moved to Stamford Bridge from Shakhtar Donetsk for a fee of around £88m.

Owner Todd Boehly is not finished there and has already seen a bid turned down by Brighton for Moises Caicedo, and is set to complete the signing of PSV winger Noni Madueke imminently. Boehly spent around £270m on new signings in his first window in charge.

Mudryk’s arrival took the total to over £400m, following earlier acquisitions this month of Benoit Badiashile, David Datro Fofana and Andrey Santos. Joao Felix has also joined on loan from Atletico Madrid, with a loan fee of just under £10m.

Klopp admits he is a fan of Mudryk, who could make his debut in English football at Anfield on Saturday. He said: “A really good player, incredible Champions League campaign; speed, technique, goals. Combines a lot.

“So, having him on one wing and Felix on the other is interesting. Chelsea sorts problems differently to us, so let’s see.”

But Klopp is less certain on how Chelsea are managing to pull off so many big-money deals. He admits Liverpool will have to spend too in order to stay on track with their rivals but says the Blues won’t be able to keep it up forever.

Klopp said: “Interesting. I have no idea, so I cannot explain but if the numbers are true, it’s impressive.

“I can’t see investment stopping in the future, so that means we have to do it as well. I believe in coaching, developing and team building 100 per cent.

“But meanwhile the managers out there, they are all good and they believe in that as well. So if they start spending then if we don’t spend you will have a problem. I am not sure Chelsea can do that for the next 10 years though.”

Liverpool have made just one signing themselves in this window so far. Cody Gakpo arrived from PSV at the beginning of the month and is yet to score on his first two appearances for the club.

Klopp is unlikely to make any further additions before the January 31 deadline.