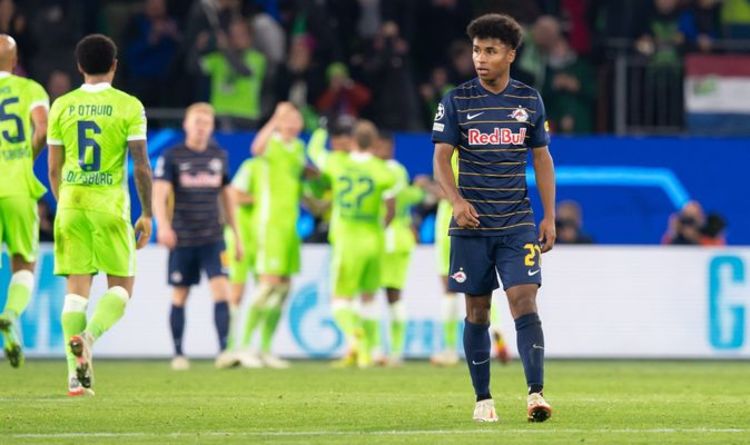 Liverpool’s pursuit of Red Bull Salzburg striker Karim Adeyemi has highlighted a rare mistake committed by sporting director Michael Edwards. The Englishman has earned a reputation as one of the best recruitment chiefs in the Premier League, helping to build a Reds team that won the Champions League and the top-flight in successive years.

But that does not mean he has not fluffed his lines on occasion when it comes to transfer business and one summer departure is threatening to become one of his bigger errors of judgement.

That error has only been highlighted by the Reds’ current pursuit of Adeyemi as Jurgen Klopp seeks to boost his attacking options.

Roberto Firmino has been a key part of Klopp’s side in recent years, but the Brazilian goals return has been lacking.

The form of Diogo Jota has shown how having an out and out goalscorer could make Liverpool more dangerous.

Adeyemi is certainly in that category, having successfully replaced Erling Haaland at the spearhead of Salzburg’s attack.

JUST IN: Liverpool keen on Raphinha alternative who helped to embarrass Man Utd

The German has scored 15 goals in all competitions this season, to help fire Salzburg to the top of the Austrian Bundesliga.

Four of those goals have come in the seven Champions League matches he has played in this season.

And it is that sort of form that is drawing the attention of Liverpool and Klopp, who are thought to have put Adeyemi on their shortlist of transfer targets.

But that group could have been stronger had Edwards not sold Taiwo Awoniyi to Union Berlin in the summer window.

Awoniyi had struggled to gain a work permit after joining the Reds in 2015, though he was finally granted one for this season.

Before he could make a competitive appearance for Klopp’s side though, he was sold to Union for £6.5million.

He has set the world alight since arriving at the Stadion An der Alten Försterei, scoring 13 goals in 20 games in all competitions.

Those strikes have fired Union to fifth in the Bundesliga, just eight points off league leaders Bayern Munich.

If he continues that fine form, questions may well be asked of why Edwards was happy to let him depart.

Those questions are only intensifying with Adeyemi set to cost a hefty fee, with Barcelona, Arsenal and Bayern Munich all interested in him.

If Liverpool and Edwards had been more trusting of Awoniyi, they may have been able to give Klopp a quality back-up striker for a fraction of the cost of Adeyemi.