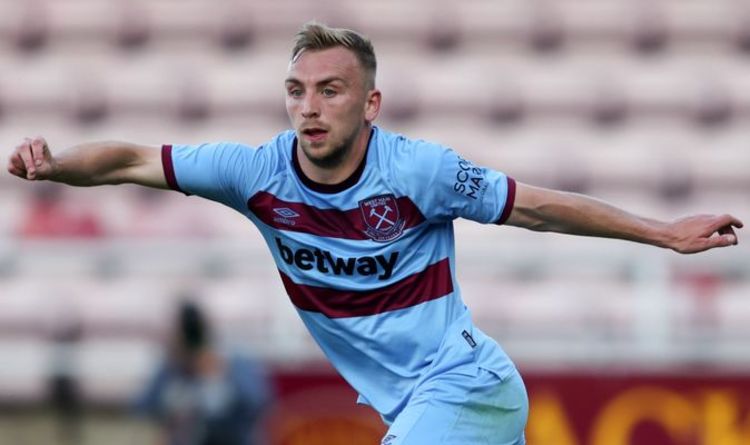 Liverpool are interested in signing West Ham United forward Jarrod Bowen this summer, but an approach will depend on player sales, according to reports. Jurgen Klopp wants to add attacking firepower to his squad this summer but has deadwood he must remove.

According to The Athletic, Bowen is one of the names on Liverpool’s shortlist of potential attacking targets.

Klopp rates the 24-year-old highly, and the club will continue to keep tabs on his development even if a move isn’t made this summer.

Liverpool view Bowen as a high-calibre back-up but a player with plenty of potential and Premier League experience.

His age, playing style and versatility are said to fit the club’s profile of signing, but he won’t be joining unless sales are made.

The Athletic reports that whether Klopp improves his attacking ranks largely depends on the exits of two current stars.

Liverpool are listening to offers for Divock Origi and Xherdan Shaqiri, whose stock is up after a solid Euro 2020 campaign with Switzerland.

Shaqiri is reportedly attracting interest from Lazio after struggling to cement himself as a regular starter since arriving at Anfield from Stoke City in 2018.

Origi has scored memorable goals throughout his Liverpool career but is also deemed surplus to requirements.

So far this summer, Liverpool’s only piece of business has been the £35million signing of RB Leipzig centre-back Ibrahima Konate.

A move for Bowen wouldn’t exactly break the bank, so it’s bizarre to read the club don’t have the budget for his services without relying on sales.

Fans have been concerned with Liverpool’s unwillingness to spend as much as their rivals, despite lifting the Champions League and Premier League within the last three years.

Bowen started his career at Hereford before joining West Ham from Hull City in 2020 in a deal worth up to £25m.

The winger was directly involved in 13 goals as he appeared in all 38 of West Ham’s Premier League games.

David Moyes will likely consider him vital as the club enter Europa League football, but it doesn’t seem like they are at immediate risk of Liverpool swooping in for his signature.