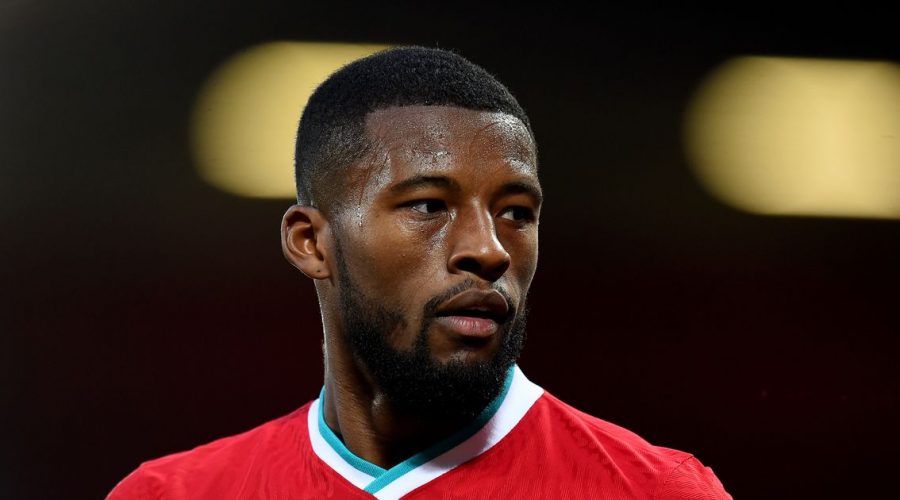 Jurgen Klopp is set to be in the market to replace one of his most important players, with reports suggesting Liverpool midfielder Georgino Wijnaldum will leave the club.

The Netherlands international was one of Klopp’s first signings after replacing Brendan Rodgers in the Anfield dugout.

And he has remained a crucial part of the squad, playing a key role in both the Champions League and Premier League winning campaigns.

But with just months remaining on his current deal, the Times have reported that Wijnaldum has agreed on pre-contract terms to join Barcelona.

Ronald Koeman has made it clear that he wishes to bring his compatriot to the Nou Camp and could do so on a free transfer.

And while the Echo report that the Reds have yet to have that confirmed, it is looking increasingly likely he will depart this summer.

With Liverpool likely to be active in the window regardless, here are four options that Klopp could look at to replace the midfielder.

The Lille midfielder has been heavily linked with a move to Merseyside in recent times and is enjoying a real resurgence with the Ligue 1 outfit.

His career stalled when he joined Bayern Munich in 2017, but before that he was regarded as one of the most exciting talents in European football.

Aged just 18, Sanches scooped the Young Player of the Tournament as he helped Portugal win Euro 2016.

Like many teams in the French top-flight, Lille are open to selling some of their stars due to financial uncertainty surrounding TV deals.

That could allow Liverpool to find an able replacement without using their entire transfer budget.

If Liverpool want to follow the Wijnaldum blueprint by signing a player with Premier League experience, Brighton's Yves Bissouma could fit the bill perfectly.

Bissouma has emerged as one of the best central midfielders in the league this season, despite the Seagulls lowly position in the table.

The 24-year-old has been linked to several potential suitors, with Arsenal and Leicester also tracking him.

Brighton showed with Ben White last summer, that they are willing to play hardball, meaning the midfielder could cost any side a pretty penny.

De Paul was widely expected to join Leeds United last summer, only for that transfer to fall through.

But Marcelo Bielsa's loss could prove to be Klopp's gain, with the midfielder likely to move on this time around.

Udinese sporting director Pasquale Marino has admitted it will be almost impossible to retain his services for next season.

Reports have suggested the two clubs are still some way apart in terms of valuation, but if the Reds make him their top target is likely a deal could be thrashed out.

The Borussia Monchengladbach midfielder would offer an upgrade in the goalscoring department and has already contributed 14 goal involvements this season.

Klopp is reportedly a big fan of Neuhaus, with reports suggesting Liverpool have watched the 24-year-old on several occasions.

It is understood that Neuhaus has a €40m release clause and the player himself has refused to rule out a potential move this summer.

He told Kicker: "I have a contract until 2024 and I have very big goals for this season. That’s what I’m concentrating on now.

"It’s (the speculation) really not a big issue for me now. I play for Borussia, I have a contract and we as a club are still pursuing very big goals this season.

“I can’t say what will happen in the summer at the moment. I’m also very relaxed about the future.”