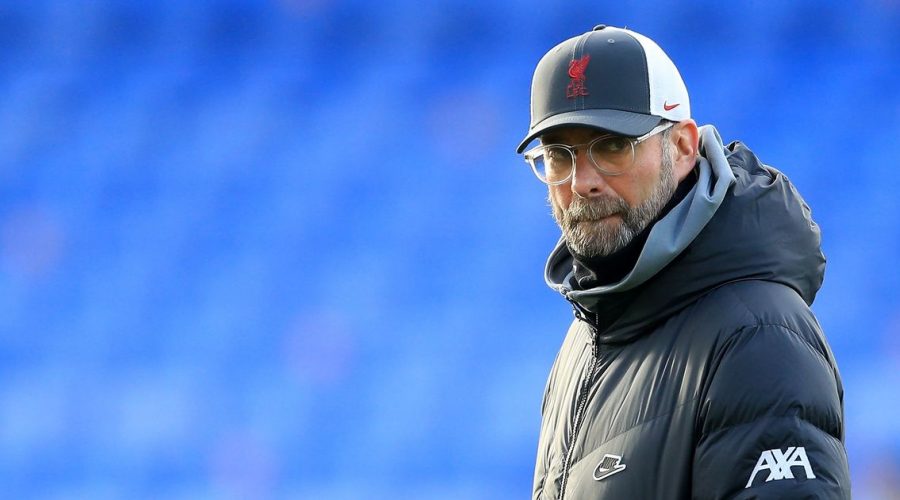 Liverpool boss Jurgen Klopp is expected to shuffle his pack for their FA Cup clash with Aston Villa’s under-23s on Friday night.

Villa are set to field a team made up of their young stars after several of their first-team players and staff tested positive for Covid-19 this week, forcing them to close their Bodymoor Heath training complex on Thursday.

As a result, reports suggest Dean Smith and his senior players will not be involved in the third-round tie, with the club’s under-23s likely to line up against Klopp’s Premier League champions.

Liverpool have not been hit with a similar coronavirus crisis, however they will be without four injured stars as well as long-term absentees Virgil van Dijk and Joe Gomez.

Konstantinos Tsimikas, Joel Matip, Naby Keita and Diogo Jota are all unavailable for Friday’s showdown as they continue to recover from respective fitness problems.

Klopp is still expected to rotate his side at Villa Park, nevertheless, starting with 22-year-old goalkeeper Caoimhin Keller coming in for Alisson in between the sticks.

The young shot-stopper should sit behind a back four consisting of three fellow academy graduates in Neco Williams, Nat Phillips and Rhys Williams, along with veteran star James Milner as a makeshift left-back.

Thiago is bound be given some much-needed minutes against Villa’s kids, sandwiched in midfield by Curtis Jones and Alex Oxlade-Chamberlain.

Xherdan Shaqiri and Takumi Minamino are likely to start on the right and left flanks, with Divock Origi deployed at the pinpoint of Klopp’s attack.

Villa have confirmed the third-round tie is going ahead as expected, with kick-off scheduled for 7:45pm.