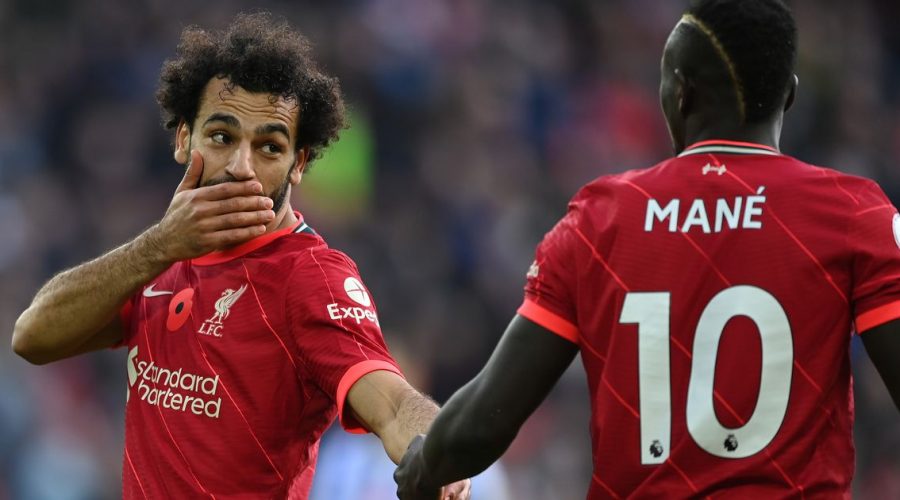 Liverpool currently have an extraordinary four players whose transfer value exceeds anyone else from their respective countries.

The Reds under Jurgen Klopp have become one of Europe’s most formidable sides in the past four years both domestically and in Europe.

Their recent success includes reaching the Champions League final in 2018, winning the trophy by beating Tottenham in 2019 and securing their first ever Premier League title in 2020.

A huge part of that has been extraordinary player recruitment by the club hierarchy, with several stars like Mohamed Salah and Sadio Mane having only become world-beaters since joining the Anfield side.

Salah and Mane have combined to score 18 league goals already this campaign and are without doubt their nation’s biggest stars.

It is no surprise then that according to a study by LiveRugbyTickets.co.uk using transfermarkt, Salah is Egypt’s highest valued player (£90million) while Mane occupies the same position for Senegal. (£76.50million).

The other two Liverpool players who have the privilege of being ranked their country’s highest valued player are Scotland defender Andrew Robertson (£58.5million) and Guinea’s Naby Keita (£28.8million).

Do you think Mohamed Salah is currently the best player in the world? Let us know in the comments section.

Robertson recently helped Scotland reach the playoff round for the 2022 World Cup qualifiers while Keita and Guinea were knocked out of their qualification group.

The study, which examined 80,000 players from 214 countries and ranked which club has the highest number of most valuable players from each nation, determined that only two clubs exceeded Liverpool’s four.

Napoli were the other side to unexpectedly top the list with their Balkans contingent of Elif Elmas (North Macedonia), Amir Rrahmani (Kosovo), and Konstantino Manolas (Greece), alongside Mexico’s Hirving Lozano and Cameroon’s Andre Zambo Anguissa.

November 23, 2021 Soccer Comments Off on Liverpool’s 4 players with transfer values higher than anyone from their country
NFL News