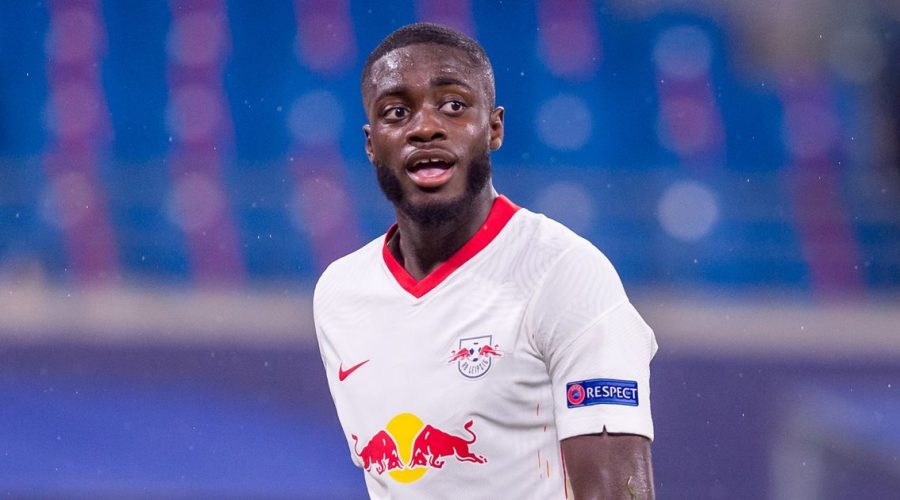 Liverpool don't look like they will be adding a defender in January according to Jurgen Klopp.

The Reds are without three of their first choice centre-halves which is hampering their ambitions.

They remain top of the Premier League, but can be knocked off the summit should their rivals win their games in hand.

Liverpool have not often done business in January with it a notoriously difficult time to get deals done.

The uncertain future of Georginio Wijnaldum continues to hang over the team, although the Dutchman remains a fixture in the starting XI.

Here are the latest transfer rumours coming out of Anfield.

The French centre-half has been a star performer for the Bundesliga outfit.

And the Leipzig CEO admits that the German club will always listen to offers if they feel the money is right.

He told SportBild: "We have a squad that is very broad in terms of quality.

"So we will sell top performers again if it makes financial sense and we can cope with it from a sporting point of view.

"When I think of Werner, [Matheus] Cunha, [Naby] Keita or [Diego] Demme, we’ve already made a lot of money and still made progress in terms of the sporting side.

Fabrizio Romano has told GiveMeSport that Mohamed Salah's contract is not a priority for Liverpool.

The futures of Virgil van Dijk and Fabinho are believed to be far more pressing.

Both players, along with Sadio Mane and Jordan Henderson, have their deals expiring in 2022.

Salah has recently refused to commit his long-term future to Liverpool.

Wijnaldum has been told his performances to do merit being one of the club's top earners.

The Dutchman is in the midst of contract negotiations as he considers a new deal.

Currently he earns around £75,000-a-week, but he has been told not to expect much of an upgrade on that.

“He’s been very, very good, but no, I’m not putting him on the same wages as Salah, Mane, even Firmino, for that matter,” Darren Bent told Football Insider.

“But to kind of catapult yourself to where van Dijk is, Alisson, these guys, them two, for instance, changed lives at Liverpool when they came in.

“So to say you want to be on the same kind of level as them, I don’t think so, you can’t get away with that.