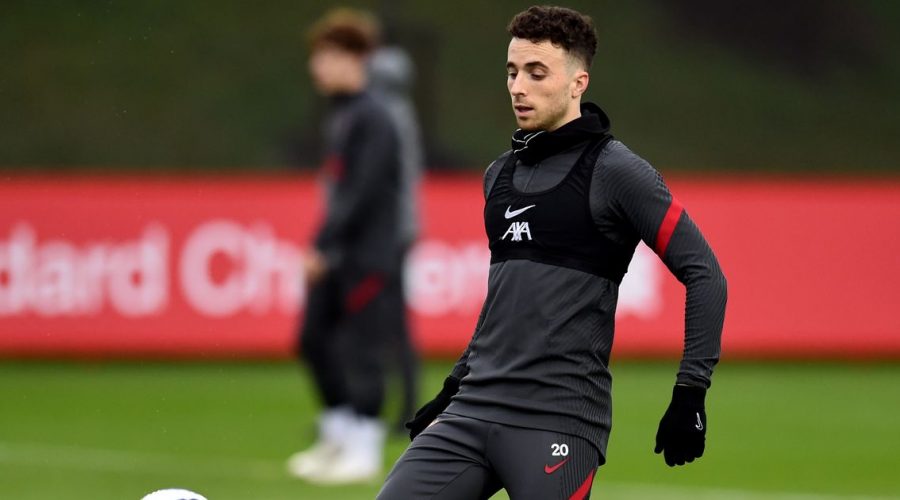 Liverpool have suffered another setback with Diogo Jota after he was ruled out of the squad to face Sheffield United on Sunday.

The Reds made the trip to Bramall Lane in the late kick off in the Premier League.

It was hoped that Jota would be named in the squad after returning to full training with the first team.

But the Portuguese forward was ruled out of the clash against the relegation battlers due to illness.

First choice goalkeeper Alisson was also missing on “compassionate grounds”, following the sad news of his father’s passing this week, with Adrian taking his position between the sticks.

Reds boss Jurgen Klopp had been very positive over Jota’s return during the week following his return from a knee injury.

The 24-year-old has been out of action since December, but returned to training this week.

“But [he] was out long term so we have to see what we can do with that. But in training he looks really promising.

“The way he came back to training is very positive, so we just have to make a decision about what makes sense for him, when does it [his return] make sense for him and all these kind of things.”

James Milner made his return to the bench but Fabinho was missing once again as he continues to recover from a minor muscle injury.

Speaking about the pair, Klopp added: “Fab was not yet with the team. That can happen tomorrow, if I’m 100 per cent right, he has his first session with the team. And same for James Milner.

“That’s it, all the others are long term.”