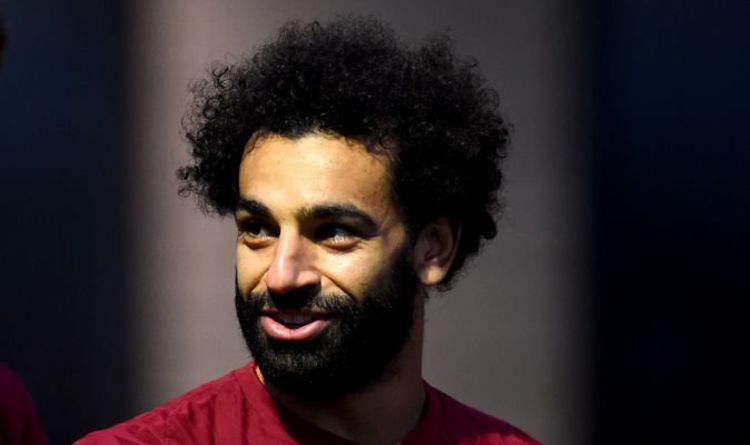 Liverpool superstar Mohamed Salah has been tipped for a sensational Chelsea return by club legend Didier Drogba. The Egyptian is the protagonist in a long-running contract saga with less than two years left to run on his current deal, and after a controversial Jurgen Klopp decision on Wednesday, there may be some truth to Drogba’s claim.

Eyebrows were raised when Salah started against Porto, despite Liverpool already being confirmed as Group B winners.

Nevertheless, he pounced on the opportunity to grab his 17th goal of the season in all competitions as the Reds cruised to a 2-0 victory.

The occasion as a whole may have been soured somewhat for the goal-machine, however, when Klopp decided to hand the captain’s armband to Alisson Becker.

Last year, Salah admitted that he was left frustrated after a similar snub against FC Midtjylland when the usual trio of captain candidates were absent.

JUST IN: Chelsea may have stumbled upon accidental solution to Ben Chilwell injury nightmare

Salah has been touted by many as the best player in the world this season thanks to his rampant goal-scoring exploits, but there is still activity bubbling on behind the scenes.

The Reds hierarchy have been in negotiations to thrash out a new contract with the 29-year-old, but the winger is instead making them sweat on his future.

Drogba has his own ideas though, and he believes that Salah would be a success if he tended to his unfinished business at Stamford Bridge.

“If I am selfish, I will tell Salah to leave Liverpool and return to Chelsea,” Drogba joked when speaking on Al-Axis TV.

“My opinion is that Salah will remain the best, no matter if he continues at Liverpool or if he moves.

“Any other team would perform better [with him] because he understands what he is doing, is good at scoring and creating goals, and only needs the confidence of the coach.

“I do not know what his decision would be. This is his decision alone and his future, but wherever he goes, I will be one of his fans.”

Salah spent two seasons on the books of Chelsea between 2013 and 2015, although he was limited to just 13 Premier League appearances in total.

While his departure from Liverpool is not deemed likely in the near future, the longer his contract saga goes on, the more likely that another club could tempt the Reds into doing business.

Chelsea seem well-stocked for wingers at present, but with Christian Pulisic reportedly interesting Liverpool, there could eventually be a deal there to be made.

The hierarchy at Anfield will surely do everything in their power to stop that happening though, even if Klopp’s captaincy snub weighs on Salah’s mind over the coming days.