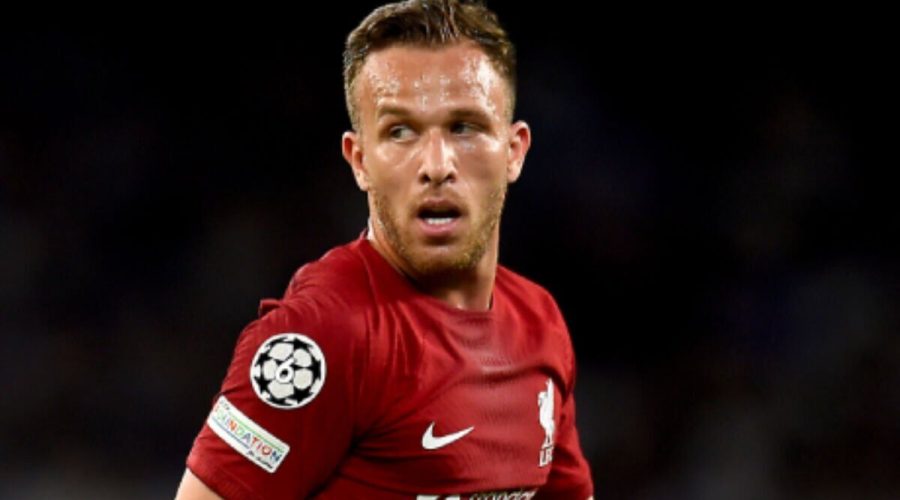 Liverpool star Arthur Melo reportedly could have his loan at Anfield cut short this month, as he has been linked with a permanent move elsewhere. The Brazilian joined the Reds on transfer deadline day in the summer as boss Jurgen Klopp admitted late in the window that he needed midfield reinforcements.

However, the move has not worked out as planned as the playmaker first needed to get up to match sharpness and was not able to play amid a midfield crisis, while Liverpool were rocked by several injuries. The 26-year-old’s only appearance was a 13-minute cameo in the Champions League defeat to Napoli in September before he suffered a thigh injury that has kept him out of action as he required surgery.

Arthur could return in February, though there have been reports suggesting that his loan deal could end prematurely. However, those were denied by his agent Federico Pastorello as there is no option for Liverpool to terminate the loan arrangement mid-season.

“He is a determined boy and proof of this is the fact that he is forging ahead to get back on the pitch, he is three weeks ahead of his schedule,” Pastorello told TuttomercatoWeb in December.

“He has recovered 30 per cent earlier than expected and he should be ready for what is the start of the new championship. [He will] stay 100 per cent at Liverpool in January. It’s an aspect that has never been under discussion, I don’t know who questioned the rumours about his possible return to Turin, but that’s not the case. It’s not foreseen in the contract and there’s no possibility because no one has questioned his permanence: neither Liverpool nor the player.”

Despite those claims, Brazilian journalist Felippe Facincani has said that Arthur’s representatives are working on a potential deal that would see the midfielder move to Brazilian side Palmerias although a January deal would be “very complicated” due to his high wages and Juventus’ desire to keep him in Europe.

After Arthur suffered his injury, Liverpool boss Klopp was asked about the potential to cancel his loan deal and return the player to Juventus. “No [we will not cut his loan deal in January],” Klopp replied.

“It’s a long-term injury. When he’s back then we will think about it again but in the moment it’s too far away. I have no idea how long it will be but it will be long. It’s a serious injury.”

Should Arthur see his loan cancelled it would free up a non-homegrown spot for Liverpool this month, as there have been calls for the Reds to further strengthen Klopp’s squad that is currently languishing in mid-table despite hopes of qualifying for next season’s Champions League.